By Medea Benjamin
A hard-hitting alarm call about the dangers and the inhumanity of killer and spy drones.

Medea Benjamin is a cofounder of the peace group CODEPINK and the international human rights organization Global Exchange. A former economist with the United Nations and World Health Organization, she is the author and editor of six books. In this timely and hard-hitting paperback, Benjamin sounds the alarm about the danger and inhumanity of killer and spy drones. Between 2000 and 2010, the United States drone fleet grew 150 fold. The high demand for drones is justified on the grounds that they are cheaper than traditional manned aircraft, they protect our soldiers, they are essential for national security, and they make war and the battle against terrorism more efficient.

Benjamin demolishes these arguments and goes on to point out some of the ethical issues surrounding the increased use of drones. This high-tech tool of war distances soldiers from the killing of their targets. The United States used to rely upon diplomacy to deal with problems abroad but now these tracking, monitoring, and killing machines have replaced that means of handling crises.

The continued use of drones as "smart" weapons has resulted in the deaths of 500 children in Pakistan and Yemen. This alone makes the program counter-productive, according to David Kilcullen and Andrew McDonald Exum: "Every one of these dead noncombatants represents an alienated family, a new desire for revenge, and more recruits for a militant movement that has grown exponentially even as the drone strikes have increased."

The use of drones has increased under President Obama's command, and there are signs that this administration is moving full speed ahead in creating domestic drones for surveillance and possible strikes against suspected terrorists. She concludes:

"Drones aren't a unique evil — but that's just the point. Drones don't revolutionize surveillance; they are a progressive evolution in making spying, at home and abroad, more pervasive. Drones don't revolutionize warfare; they are, rather, a progressive evolution in making murder clean and easy. That's why the increased reliance on drones for killing and spying is not to be praised, but refuted. And challenged." 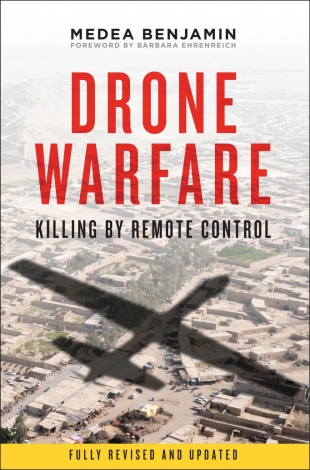