Directed by Paolo Sorrentino
A distinctive and alluring blend of soul searching and philosophical musings amid the challenges of conscious aging.

Italian director Paolo Sorrentino (The Great Beauty — winner of the 2013 Oscar for Best Foreign Language film) proves that his unique blend of sensuality, soulful searching, and philosophical exploration has real staying power as evidenced in Youth, his second English language film. The setting is an upper-class spa in Switzerland where celebrities, rich couples who do not speak together at dinner, and all those who yearn to stay forever young have gathered. It is also the perfect place for voyeurs who love to look at people with all their poses, problems, and possibilities.

Fred Ballinger (Michael Caine) has been coming to this mountain spa for more than 20 years. He is a retired orchestra conductor and composer known for his Simple Songs which are beloved by many including Prince Philip of England. A messenger (Alex MacQueen) from Queen Elizabeth arrives to tell Ballinger he is to be knighted, and would he please conduct the piece for the prince's birthday? He refuses for "personal reasons." 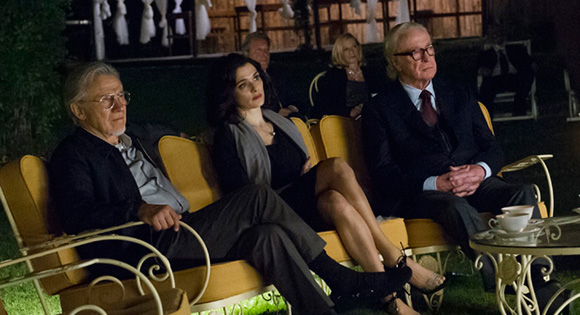 What the elderly composer enjoys the most these days is sitting and talking with his old friend Mick Boyle (Harvey Keitel), a film director who is putting the finishing touches on a movie script titled Life's Last Day with a band of youthful collaborators. These two friends are taken aback when Mick's son Julian (Ed Stoppard) leaves his wife Lena (Rachel Weisz), Ballinger's daughter, for Paloma Faith, a younger woman who is "good in bed." Lena is her father's assistant and is also staying at the spa.

Anyone who has experienced a serious setback will identify with Lena's lashing out at her father for his obsession with his career, his lack of personal warmth, his selfishness, his neglect of his wife, and his stream of sexual affairs. Meanwhile, Ballinger and Boyle have repeated discussions about their prostrate problems and whether or not the film director ever went to bed with the one woman the composer seriously lusted after. 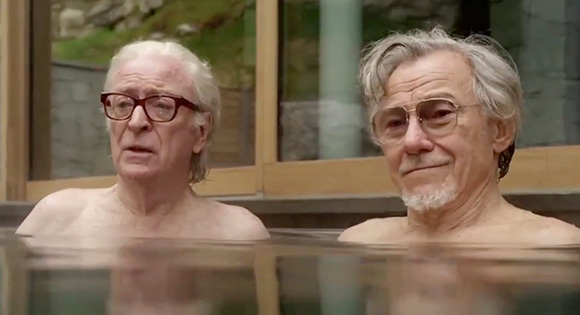 There are many memorable and exquisitely directed and photographed scenes here: Ballinger conducting a group of mooing cows with their bells clanging in the mountains; a sequence in which Mick imagines all the women characters from his films in a pasture (bringing to mind Federico Fellini's movie 8 1/2); the glory and seductive power of the youthful body as revealed in the nude entrance of Miss Universe (Madalina Diana Ghenea) into a pool; and a romantic interlude between a mountaineer (Robert Seethaler ) and Lena. Very poignant is the moment when the two old friends realize they can no longer remember large stretches of the past. And what's more, there will come a time when the people they have loved will no longer remember their tremendous effort to make them happy. 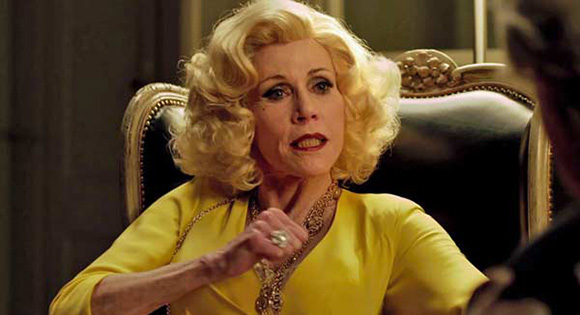 Youth vividly delineates the challenges of aging while also touching upon some of the difficulties of youth. Jimmy Tree (Paul Dano) is an international star whose claim to fame is that he played a robot in a Hollywood blockbuster. He reads the philosopher Novalis and yearns for a serious role that will showcase his talents. When he turns to Ballinger for counsel, the composer is not much help since he is busy with his own inner work of letting go. More helpful is a young fan who tells him she learned from one of his characters that "No one in the whole world feels up to it, so there's no need to worry."

Boyle, on the other hand, comes face-to-face with the painful realization that not everyone can fashion a fulfilling legacy. Brenda Morel (Jane Fonda), the muse in his earlier films, arrives at the spa with news that she will not appear is Life's Last Day. The message is that we're all extras in the movie of life.