Boy and the World

Directed by Ale Abreu
A colorful and out-of-the-box animated feature from Brazil that charts the quest of a boy to find his father.

Boy and the World is a marvelously imaginative parable about the quest for connections through encounters with city life, poverty, economic inequality, the trashing of the environment, and manifold injustices. This animated feature by Brazilian writer and director Ale Abreu will appeal to serious kids and adults seeking a cinematic experience that is both edifying and out-of-the-box. There is no screenplay, and the lead character is a little boy who does not speak and repeatedly breaks out into giggles when surprised or mystified. Others speak, but all we hear is gibberish. 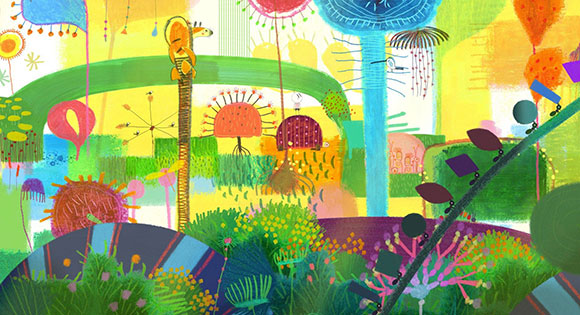 When we meet the boy he is growing up in a rural wonderland where he enjoys exploring the natural world of flowers, streams, trees, and big sky. He is saddened when his beloved father leaves for the city in hopes of finding a job. It isn't too long before that the boy decides to go find his dad. 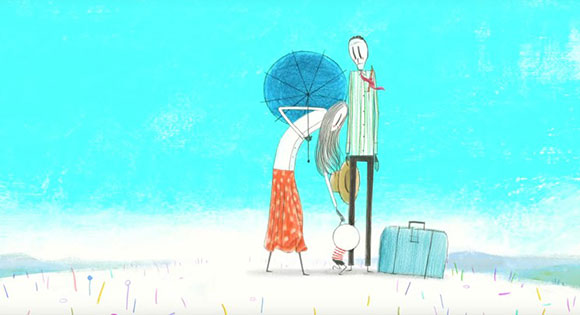 On this quest, he encounters an agricultural worker's camp; field hands on stilts picking cotton; a factory; a city filled with slums; military rule; the omnipresence of media ads; and a live action montage of environmental disaster and destruction. Thankfully, the boy is the recipient of the kindness of strangers and the companionship of a stray dog. He also is pulled into new adventures through the call of music. 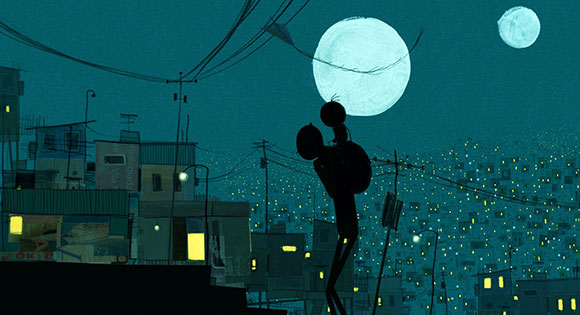 The creative animation of Boy and the World is appealingly simple, colorful, direct, and open-ended. Abreu uses paints, pens, pencils, newspaper and magazine collage to tell his story. One of the best things about this animated feature is that you can see it as the rite of passage of a boy into adulthood or as a parable exploring the childhood of Latin American nations, as Abreu has suggested in several interviews. Either way, it is one of Most Spiritually Literate Films of 2015. 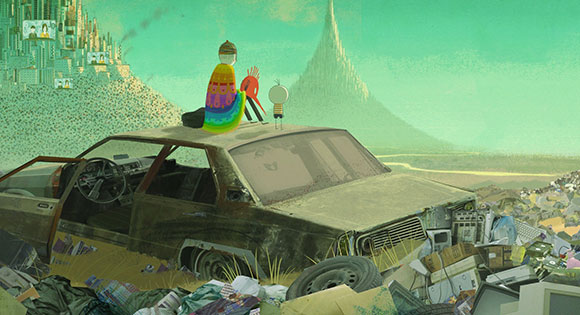