Directed by Douglas Mackinnon
One of the famous detective's most puzzling cases from Victorian times.

"I trust that age doth not wither nor custom stale my infinite variety."

A new detective debuted in 1887 in the obscure London periodical Beeton's Christmas Annual. Since that inconspicuous beginning, Sherlock Holmes has become the world's best known and most fascinating fictional sleuth. This creation of Sir Arthur Conan Doyle along with his plodding, patient friend and foil, Dr. John Watson, have provided millions of people around the world with many hours of diverting entertainment.

Why has Sherlock Holmes been so popular over the years? Christopher Morley believed that the sleuth's adventures are nothing less than "the best of all fairy tales for adults." Others point out that Holmes is always entertaining whether taken straight or tongue-in-cheek. The legend deals in certainties: right triumphs and logic prevails. These qualities and others have created a Holmesian cult that shows no signs of waning. 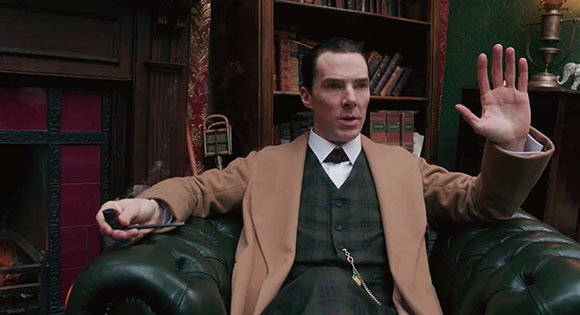 One of the latest of the Sherlock Holmes incarnations has Benedict Cumberbath as Holmes and Martin Freedom as Dr. Watson. Three seasons, each with three stories, have aired on PBS's Masterpiece Mystery series. "The Abominable Bride," a 90-minute special debuted on January 1, 2016 and will have an encore presentation on Sunday, January 10, 2016; it will also be available for a time online at PBS.org. After that, we will have to wait until 2017 for more episodes of Sherlock.

We were really excited about this special, and it didn't disappoint. It's full of witty lines, unexpected turns of events, and insights into the demons we all face. Unlike previous episodes, set in modern times, this one also flashes back to London during the Victorian era. Here Sherlock dons his funny hat and cape coat and smokes his large pipe. He and Dr. Watson set out to investigate the case of the abominable bride, who seems to be a ghost out to avenge herself on a number of men. Along the way, Sherlock has some perilous encounters with the infamous Moriarty (Andrew Scott). Other familiar characters appear in this complicated drama including Mycroft Holmes (Mark Gatiss), Mary Morstan (Amanda Abbington), Inspector Lestrade (Rupert Graves), and Mrs. Hudson (Una Stubbs). 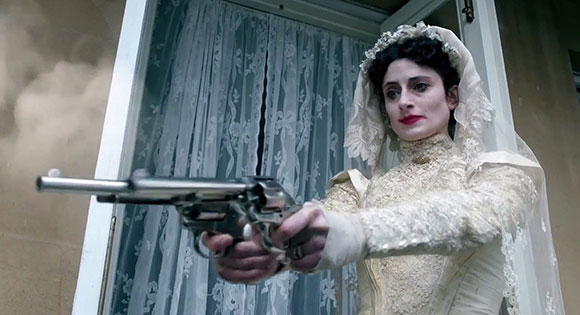 In one of the mysteries written by Doyle, Sherlock says: "It has long been an axiom of mine that the little things are infinitely the most important." This spiritual practice enables him to notice what others miss. Watch Sherlock: The Abominable Bride through this lens and you will see more than you think you can imagine.