Gummi (Sigurdur Sigurjonsson) and his older brother Kiddi (Theodor Juliusson) live on neighboring farms in Iceland. They breed sheep and each year compete with other farmers in this rustic community for the honor of having the best ram. The one primary thing they don’t share is companionship; they have not spoken to each other for 40 years. But sometimes one of their sheep dogs carries short notes between them. 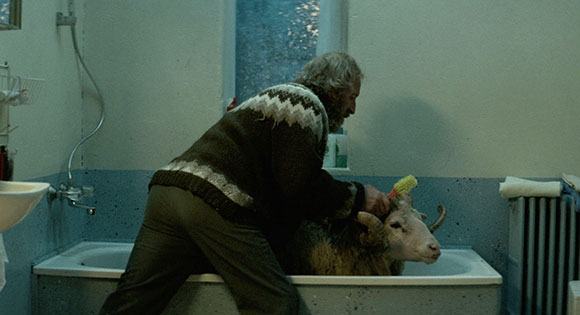 They both face catastrophe when Kiddi's flock is stricken with scrapie (BSE), a contagious virus that destroys the brain and spinal chord. The authorities after surveying the situation decide that all the sheep in the area must be destroyed. This news knocks the brothers for a loop and leaves them even more lonely than ever. Neither has married and they live simple lives in the cold climate. For both Gummi and Kiddi, the sheep are the only worthwhile members of their family. 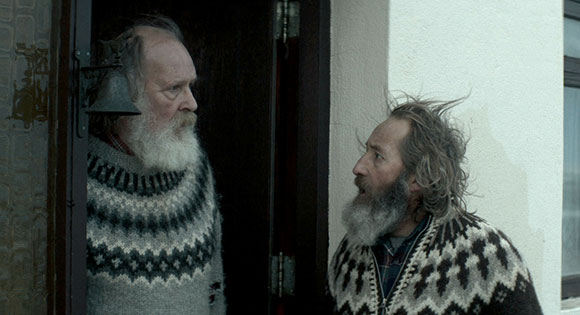 Grímur Hákonarson, the writer and director of Rams gives us a satisfying and quirky slice-of-life story that holds our attention. The performances by the two leads are a wonder to behold as they manage to make the best of a bad situation despite their past alienation from each other.

Special features on the DVD include an interview with director Grimur Hakonarson and Wrestling, a short film.