Directed by Jia Zhangke
An ambitious film about three critical times in the life of a Chinese woman, mirroring changes in modern China.

This ambitious and beguiling film begins in China in 1999 as crowds of people bring in the new millennium dancing joyfully to "Go West" by the Pet Shop Boys. The disco song charts the adventure that comes with exploration and new experiences. In this context, it seems to be a celebration of Western capitalism and its glorification of consumerism. It marks the beginning of a new emphasis in China on technology and a growing gap between the rich and the poor. 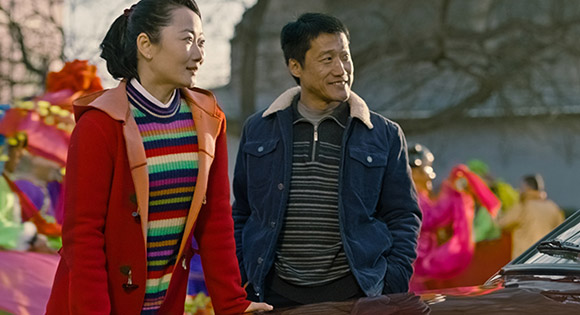 Tao (Zhao Tao) is a spunky, independent, and self-confident young woman who has two men who are madly in love with her. She is best friends with Liangzi (Liang Jingdong ), a poor coal-miner. At the same time Zhang Jinsheng (Zhang Yi) is courting her. While Tao is moved by Liangzi's emotional connection to her, she, like many in this time in China, is wowed by wealth and awed by Jinsheng's flashy new car. Jinsheng even purchases the coal mine to hammer home his triumph over his romantic competitor. She decides to marry him and the dejected and deeply disappointed Liangzi leaves the city. 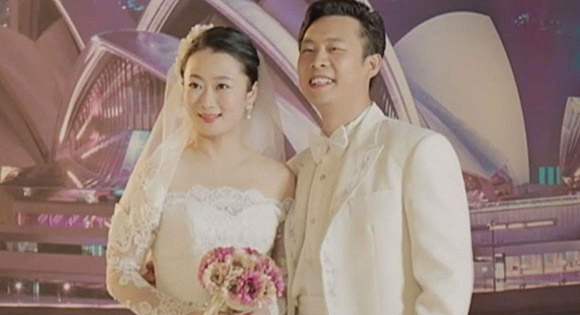 The dramatic depiction of the changes happening in China moves to the year 2014. Here the focus is on the difficulties brought on by Tao's choices. She and her rich husband have had a son which he insists upon naming Dollar. By now, Tao has realized that she chose the wrong man to marry: Jinsheng is wed to his work and making more money. In the divorce settlement, she gives up custody of her son to his father. Meanwhile, Liangzi has found work in a mine, has married, and had a son. But diagnosed with terminal cancer, he returns to his hometown. A reunion with Tao is facilitated by his wife. He learns she runs a gas station and is filled with regrets.

The final segment of Mountains May Depart takes place mostly in Australia in 2025. Dollar (Dong Zijian) is now 18 years old. He has been educated at an international school in Shanghai, is alienated from his father, and has forgotten about Tao. He doesn't remember anything about his mother other than her name. For his own emotional survival, Dollar begins an intimate relationship with Mia (Sylvia Chang), a college professor who becomes his surrogate mother. 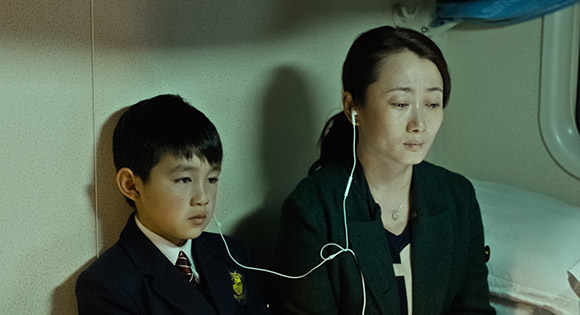 Writer and director Jia Zhangke (Still Life, Unknown Pleasures, The World) has fashioned a poignant drama that spans 26 years in its exploration of the important role of the emotions in our most intimate relationships. In an interview in the press notes, he states that the "Past-Present-Future" structure of the story opens it up to this theme:

"I felt the urgent need to make a film about emotions. Chinese society today is very based on wealth creation, in sync with the rapid economic developments. And the new technologies which economic development has brought us, such as the Internet and high-speed trains, are also changing the ways we feel and express our emotions."