The Last Man on the Moon

Directed by Mark Craig
A superb documentary that helps us to imagine what it was like to be an astronaut and to walk on the moon.

Eugene Cernan, now an 81-year-old retired naval aviator and NASA astronaut, was one of those chosen few who experienced the awe, the mystery, the magnificence, the danger, and the fear of this accomplishment. His adventures in outer space are creatively revealed in this amazing documentary directed by Mark Craig. Early in the portrait, the astronaut confesses: "I am the luckiest human being in the world." 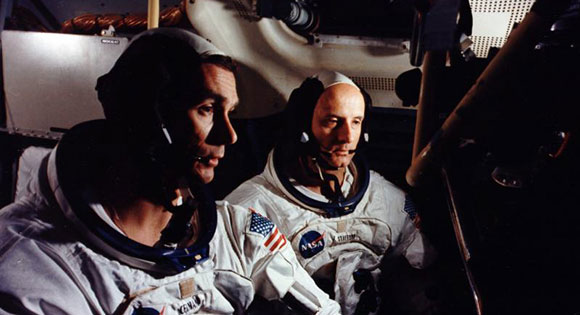 Raised on a farm in Wisconsin, Cernan flew jets for the Navy and steeled his nerves during hundreds of scary landings on aircraft carriers. He was thrilled and honored to play a major role in the pioneering Apollo missions. Cernan recalls the feelings he had about being part of such a challenging and meaningful endeavor to explore outer space.

An emotional high point in the documentary is his reflection on the deaths of three of his colleagues in the fire on the launch pad in a test at Kennedy Space Center on January 27, 1967.

Cernan made his first space flight in Gemini 9 during which he took one of the first American spacewalks. His next mission was aboard Apollo 10 in 1969 where he and fellow astronaut Tom Stafford simulated a lunar landing. Lessons from that journey paved the way for Neil Armstrong's dramatic walk on the moon.

Cernan eagerly looked forward to his next assignment on Apollo 17 in 1972. He and Harrison Schmitt touched down safely on the moon and did three spacewalks. 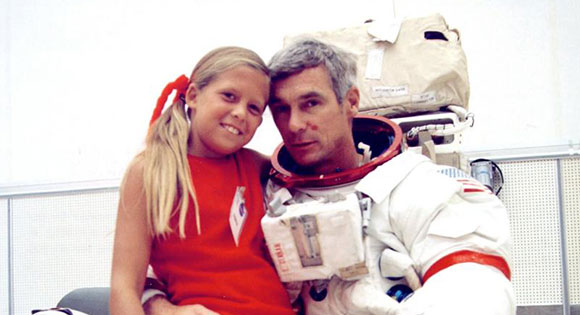 One of the most magical moments came when Cernan etched his daughter Tracy's initials – T D C – into the dust. Then as he climbed up the lunar ladder for the last time, he looked back at his footprints on the surface of the moon. Cernan was the last human being to walk on the moon; no one has done so in more than 40 years.

For this documentary, the archive footage of outer space has been digitized, and the results are astonishingly beautiful. Craig has wisely chosen to have Cernan visit the actual locations of the turning points in his career on Earth. The astronaut also candidly laments that by putting all of his energy and passion into his work, he slighted his wife and family. Although there are pictures of the smiling faces of the different astronauts' wives during liftoffs, there are many times when they were numbed by fear during their husbands' absences. Cernan's ex-wife Barbara speaks for these women when she says: "If you think going to the moon is hard, you should try staying home." 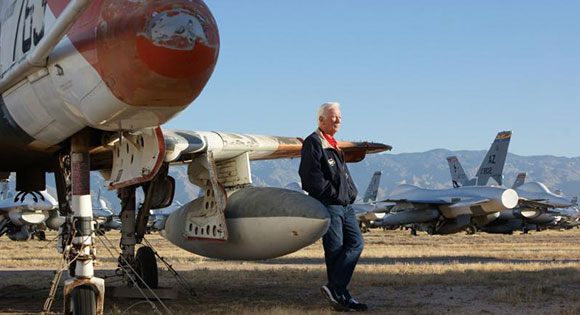 The Last Man on the Moon captures and conveys the optimism and firm resolve of NASA and the astronauts of the Kennedy era who set lofty and seemingly impossible goals and then achieved them. Although there is plenty here that celebrates science and technology, this documentary's standout feature is its abundant treatment of Cernan's emotions as he looks back on his extraordinary career and accomplishments.

Special features on the DVD include extended interviews and featurettes capturing more of Gene's intimate moments and stories.