Directed by Glenn Ficarra, John Requa
A dramedy that compels us to take a hard look at our addictions to adrenaline-sparking situations.

After World War II, studies revealed that while many soldiers admitted they did not love war or want it to return, it made them feel more alive than they had ever felt before. The same thing has been said about the battlefield experiences in subsequent wars. This is certainly true for Kim Baker (Tina Fey), a news writer in New York who decides to take on a reporting assignment in Kabul offered to the "unmarried and childless" journalists at her television station. She has a boyfriend but their relationship has stalled, and she wants to make a big change. 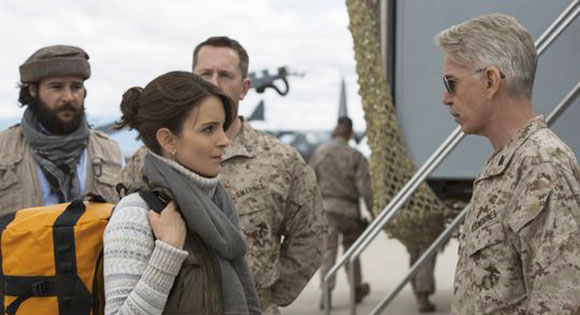 Baker is surprised to find that in the "Kabubble" where journalists and other foreigners drink, dance, and have sex, men outnumber women 30 to 1. Befriended by Tanya (Margot Robbie), a tough and ambitious fellow reporter, she tries very hard to fit into this wild environment where an excess of partying is used to counter the death and destruction witnessed on the streets and countryside.

Baker tries to figure out how to relate to her muscular New Zealand bodyguard (Stephen Peacocke); Fahim (Christopher Abbott), a wise translator who genuinely cares for her; and a Scottish freelance photographer (Martin Freeman) who falls in love with her. 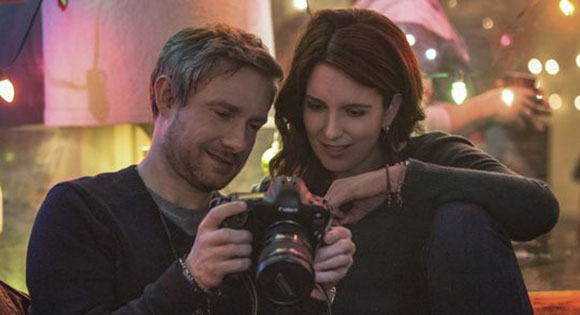 Two other men provide her with challenges that she takes in stride: they are Afghanistan's minister of vice and virtue (Alfred Molina) and General Hollanek (Billy Bob Thornton), the Marine leader of the unit in which she has been embedded.

Whiskey Tango Foxtrot is a dramedy co-directed by Glenn Ficarra and John Requa based on The Taliban Shuffle: Strange Days in Afghanistan and Pakistan by Kim Barker. In this zany book Kabul is described as "a place to escape, to run away from marriages and mistakes, a place to forget your age, your responsibilities, your past, a country to reinvent yourself." That is exactly what Baker does as she hurls herself into life-threatening scenes of combat in order to capture the terrors of war in Afghanistan. Along the way, her colleagues challenge her to confront her addiction to adrenaline-sparking situations. 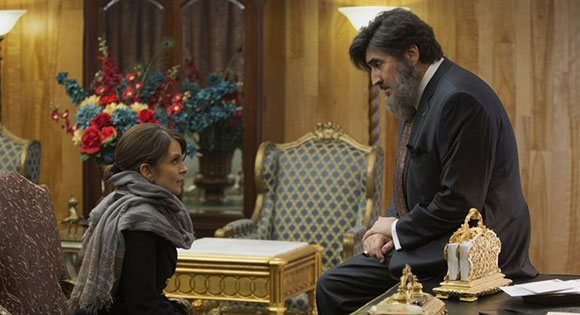 Whiskey Tango Foxtrot is a very timely movie that sends us inward to examine our own Mars-like capacities. How much do we need excitement and even violence? Is it built into our cultures and lifestyles? And if so, how can we lessen their hold upon us before they destroy us and others?