Directed by Yuen Woo-ping
A lackluster sequel whose most redeeming quality is the noble presence of actress Michelle Yeoh.

Crouching Tiger, Hidden Dragon won four Academy Awards in 2000 and was heralded as a triumphant swashbuckler in the ancient action genre known as wuxia pian or film of martial chivalry. Director Ang Lee did wonders with a spiritual hero who stepped aside to serve others by making himself a zero.

In this sequel directed by Yuen Woo-ping (the genius behind the fantastic kung fu scenes), most of the film is populated by men and women seeking power, revenge, and control over others. They are all seeking the legendary "Green Destiny" sword of the great Wudan warrior Li Mu Bai. This weapon makes the owner invincible in battles against others. 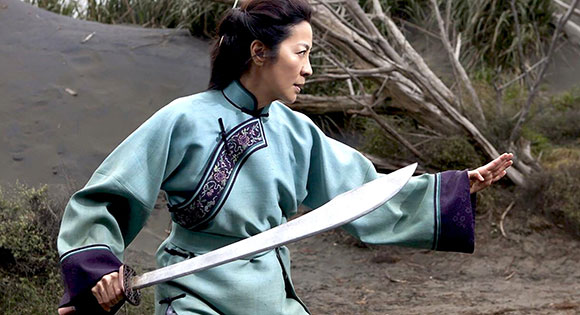 Yu Shu Lien (Michelle Yeoh), a master of kung fu, arrives at the home of Li Mu Bai's old friend who has been protecting the sword. She worried that the sword will fall into someone not worthy of its power. Sure enough, Wei Fang (Harry Shum Jr.) sneaks into the compound and steals the weapon for Hades Dai (Jason Scott Lee), a power hungry warlord. This young man is caught and locked up in a cage in the courtyeard where he watches Snow Vase (Natasha Liu Bordizzo) who is taking lessons in kung fu from Yu Shu Lien. 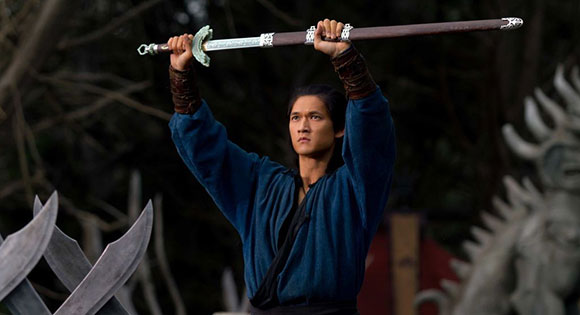 When all the plot strands of John Fusco's complicated screenplay come together all that we can marvel at are some visually beautiful scenery by cinematographer Newton Thomas Sigel, a few brilliantly staged kung fu sequences, and the lovely music by Shigeru Umebayashi. Although five warriors show up to help Yu Shu Lien defend the Green Destiny, only one of them proves to be an interesting and appealing character — Silent Wolf (Donnie Yen) who spent years in solitude and has some important secrets to share. 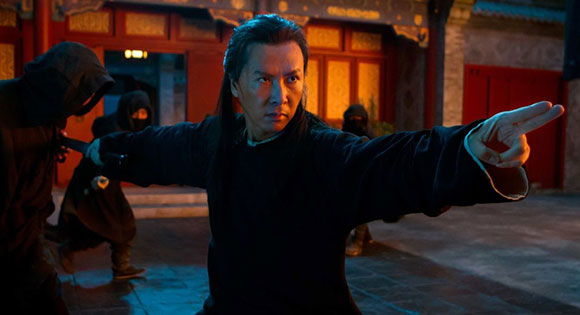 Whereas Crouching Tiger, Hidden Dragon was a high-flying, fast-paced, and totally engaging martial arts drama, this sequel comes across as lackluster in comparison. Nonetheless, the noble and endearing presence of Michelle Yeoh is enough for us to recommend this sequel to you.