Directed by Jeffrey D. Brown
A hard-hitting film about a 13-year old Nepalese girl whose parents send her to work in India where she ends up in a brothel.

Thirteen-year-old Lakshmi lives with her poor parents and younger brother in a small hut in the mountains of Nepal. She loves flying her kite which gives her a sense of freedom and mastery. But her family is enduring hard times because her injured father cannot find work. All of the people in the area are subject to extreme weather conditions. After lengthy rain storms, the crops are destroyed and their home is flooded.

One day a woman visiting the area convinces Lakshmi's parents that she can take the girl to Calcutta to work as a maid. She gives them some money in exchange for their letting her go. Lakshmi is excited about being able to earn enough money to get her parents a new tin roof to protect them from the rain. 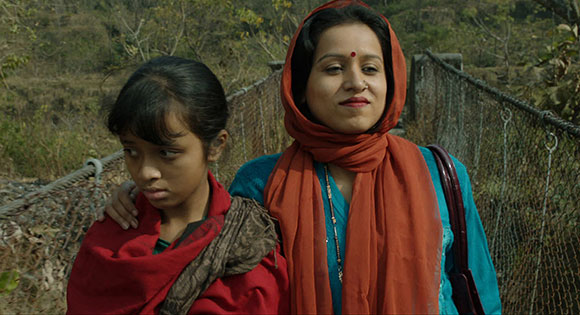 Lakshmi has no idea of what kind of life she is facing when she and the woman she calls "auntie" arrive in the big city and a place called "Happiness House." It is a brothel presided over by a nasty and violent woman who locks Lakshmi in a room and drugs her before sending in men to have sex with her. From then on, the young girl lives in a constant state of fear, anger, and despair. When Lakshmi tallies up what she has earned as a prostitute, she is convinced she should be able to go home, but the brothel madam adds new charges to the leger.

Jeffrey D. Brown directs this harrowing story of modern day slavery and sex trafficking. It is based on a bestselling youth novel by Patricia McCormick. Lakshmi represents just one of the 12,000 Nepalese young women sold into sex slavery each year. The book has been translated into 32 languages and has served as a spur to groups working to abolish this abominable practice. 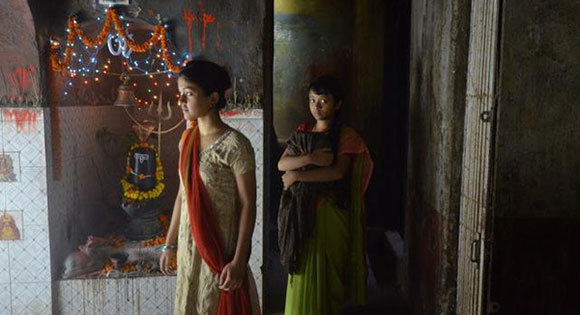 Emma Thompson, the internationally known actress, served as executive producer of Sold. Gillian Anderson plays an American photographer who works to rescue Lakshmi's from the brothel after seeing her in a window and hearing her cries for help. She gets the help of NGO workers Mrs. Tripathi (Seirah Royin), U.S. volunteer Sam (David Arquette), and Vikam (Prambrata Chatterjee), and they arrange a police raid on the place but they are outwitted by those running the brothel. This means that Lakshmi must carefully plan her own escape.

Sold is a hard picture to watch knowing that sex trafficking affects more than 5.5 million children around the world and according to ECPAT, a global network dedicated to protecting children, the average age of a girl who is trafficked for sex is 13-14 years of age. Visit their website to see how you can help protect child victims. 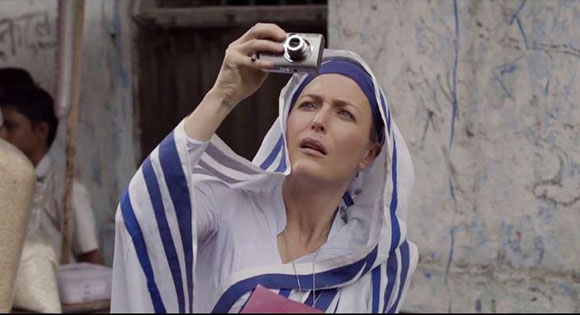