Directed by Eric Juhola
The story of a landmark case about the value of state antidiscrimination laws to protect the rights of transgender people.

Growing Up Coy is being presented as part of the Human Rights Watch Film Festival in New York City. Visit the official site for other cities and dates.

Born biologically a boy, Coy began to identify as a girl when she was 18 months old by wearing dresses, having long hair, and cherishing the color pink. She was one of triplets and has two sisters. Her parents are Jeremy Mathises, a former Marine, and Kathryn, a freelance portrait photographer.

During kindergarten, the Mathises notified the school in the Fountain-Fort Carson School district that Coy had identified as a girl and should be treated as one. But when she was in first grade, they received a letter stating that Coy could not use the girl's bathroom and that the best solution would be to have her use staff bathrooms or a gender-neutral one in the school's health office. 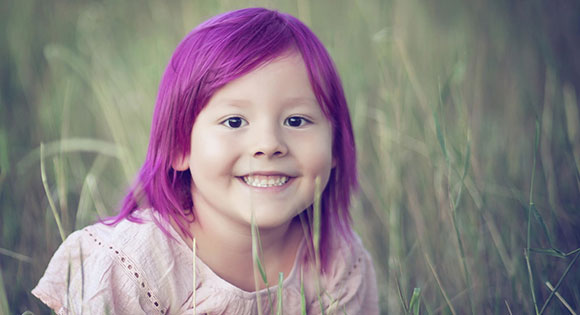 Outraged, Coy's father and mother took her out of school and began their own home schooling program. After thinking things through, the Mathises decided to have Michael D. Silverman, executive director of the Transgender Legal Defense & Education Fund, handle their fight for her rights. This young professional meets them in Colorado and then decides to use the case as a critical test of how state anti-discrimination laws are applied to transgender students.

Eric Juhola directs this pioneering look at the efforts of a six-year-old trans girl and her brave parents to defend her rights. According to Silverman's group, there are 17 states and the District of Columbia offering some form of legal safeguards for transgender people.