The Music of Strangers

Director Morgan Neville really knows how to entertain as demonstrated by his box-office triumph and Oscar-winning 20 Feet from Stardom. Here he gets up-close-and-personal with Yo-Yo Ma, the world-renown cello master of Western classical music. His early talent is revealed in a clip where Leonard Bernstein introduces this musical genius playing the piano gracefully at age seven. 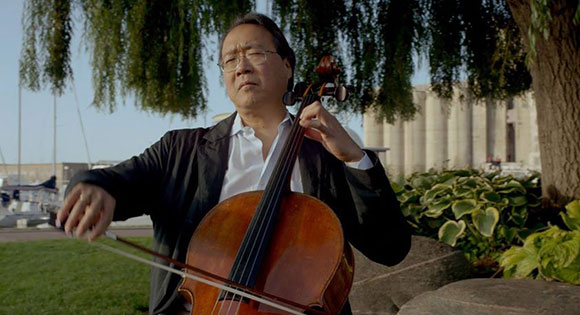 Throughout his prestigious career, Yo-Yo Ma has learned fresh approaches to music through mentors and inspired others to do the same. In 1998 he established The Silk Road Project to explore how the arts can advance global understanding. He and his musical collaborators, masters of many musical styles from around the world, began meeting in 2000, when the group was dubbed the "Manhattan Project of Music." Neville presents a rounded and rousing look at the 15-year history of this musical collective and its extraordinary fusion sound.

Some of the featured players in The Silk Road Ensemble are Wu Man, a young woman who has introduced to the world a Chinese instrument called the pipa; Iranian kamancheh player Kayhan Kalhor; Syrian clarinetist Kinan Azmeh, and the highly energized bagpiper from Galicia in Spain Cristina Pato. Percussion and string sections round out the ensemble, creating an amazing sound that is unlike anything we have heard before. 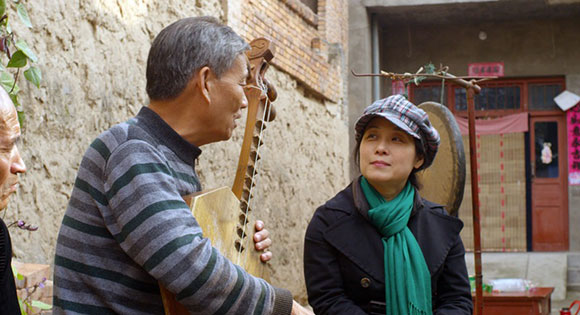 The ensemble actually includes more than 50 instrumentalists, vocalists, composers, arrangers, visual artists, and storytellers, and we are treated to their practice sessions and their outreach in various communities. In several stunning scenes we see an artist create a painting in sync with the music, and in another, a liquid-limbed dancer accompanies Yo-Yo Ma's playing of The Swan. 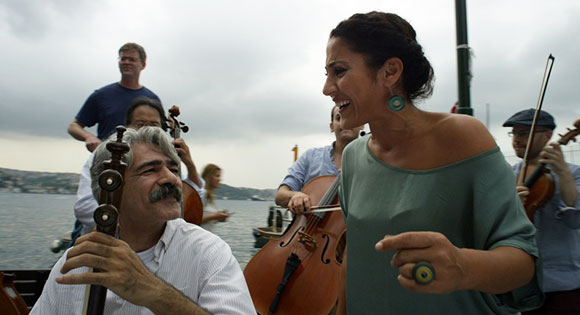 These talented musicians seek to celebrate the "triumph of the human spirit," and we learn of their personal stories as we follow them on visits to their homelands. Both Kalhor and Azmeh have had to leave their homelands to pursue their art, and both want to return and teach in their communities. Their music conveys this yearning and listening to it we realize how they are building bridges among people with similar aspirations. 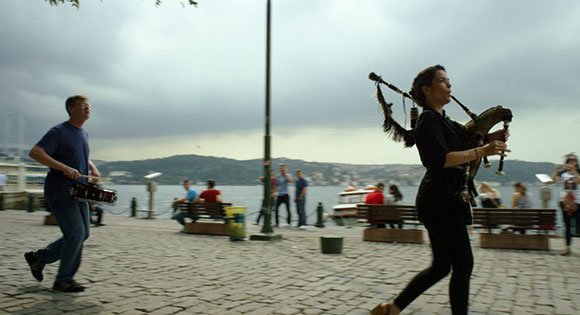 Other members of the ensemble regularly return home to celebrate their own cultures and to promote connections between all those who love music. Leading the charge, so to speak, is Yo-Yo Ma himself whose enthusiasm for creating a new sound and his affection for all those collaborating with him is infectious. You can't watch his smiling face without having the same expression on your own! This film is a huge high!