Directed by Ivy Meeropol
Arguments for and against the nuclear power industry and its regulatory agency in the U.S.

The future of nuclear power plants was dealt a serious blow by the meltdown of Japan's Fukushima power plant in 2013, which was second in severity to the Chernobyl disaster of 1986. Ivy Meeropol directs this documentary which attempts to provide viewers with a choice between those who still support nuclear power as a safe and viable way of meeting the nation's energy needs and activists who are working to shut down this money-making industry that is unsafe and a threat to citizens, the environment, and the planet.

Indian Point is a 50-year-old three-unit nuclear power plant station located 35 miles from New York City. Its operating license expired in 2013. The company that owns it has promised to deal with this oversight. Meeropol takes her cameras inside Indian Point and presents interviews with managers and employees who claim to take their jobs very seriously. Engineers and others explain the cooling of the reactor and other technological aspects of the nuclear power process. They try to make a case that foremost in their minds is the safety of the public. 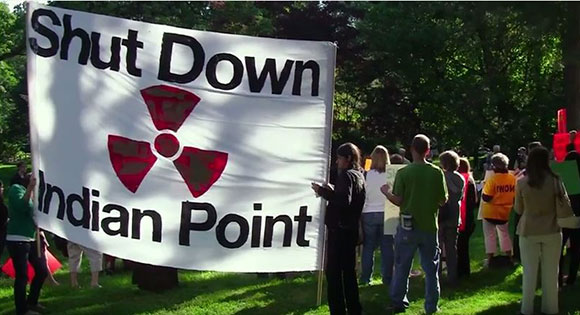 Resident activists have gained momentum in their efforts to close down Indian Point. We hear them speak out against the feeble efforts of the U.S. Nuclear Regulatory Commission (NRC) to protect the public. They argue that this agency, which they see as subservient to Indian Point, has provided no reasonable evacuation plan for the large population in the area. Using scientific samplings of the Hudson River, they contend that the power plant is destroying fish and other marine life.

Perhaps the most damning segment of Indian Point is the story of Gregory Jaczko, who was chairman of the NRC at the time of the Fukushima disaster. As a result of a trip to Japan and in an effort to reach out to many of the most vociferous critics of the NRC, he set out to make safety controls more vigorous -- especially at aging facilities. He was forced to resign after being hounded by pro-nuclear industry representatives. 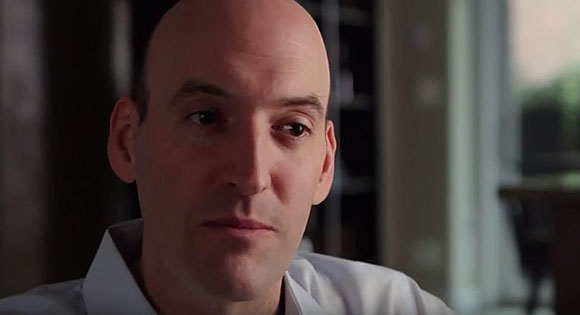 Even though director Meeropol tries a little too hard to voice both sides of the nuclear power debate, she does manage to give us a rounded and realistic portrait of those activists who are angry about the danger posed by aging power plants. By the end of the documentary, the NRC without the moral vision and suggested reforms of Jaczko, comes across as a defender of the status quo and moneyed interests.