Directed by Chris Kelly
A cogent dramedy about a dying mother and the emotional vulnerability of her shattered gay son.

Raymond Moody who has written widely on near-death experiences has noted: "One of the most adaptive ways a human being has of dealing with the finality of death is through humor." It offers aid to family and loved ones at a time when coping is a struggle, communication is difficult, and connecting with others is problematic. Humor diverts attention and lifts our sagging spirits; it decreases our stress; and it provides a source of strength when we are experiencing a powerless situation.

Other People joins a group of recent films about terminal illness — The Fault in Our Stars, Me and Earl and the Dying Girl, and James White. What distinguishes this dramedy from the others is its use of humor and laughter as stays against death. 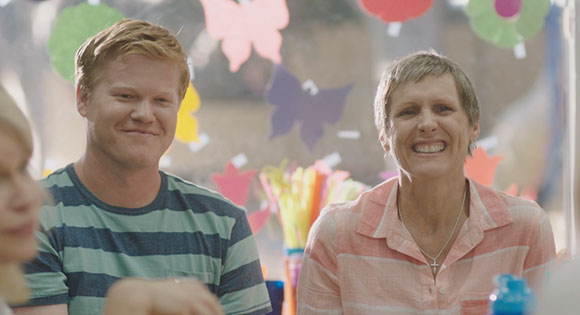 David (Jesse Plemons) is a 29-year-old gay man from New York City whose life is stuck in a rut. The television network has canceled a comedy show he was working on and he has broken up with his longtime boyfriend. His mission impossible assignment is a return home to Sacramento to help care for his mother, Joanne (Molly Shannon), who is dying of cancer. She has decided not to continue chemotherapy treatment and is in a great deal of pain.

David is anxious about the coming loss of his mother who supported him when he revealed to family members that he is gay. His father Norman (Bradley Whitford) still has not been able to come to terms with his son's sexual orientation ten years after his coming out. This sore spot in his relationship with his dad troubles David. But what proves to be even more difficult is wrapping his mind around his mother's dying. As he notes to his friend Gabe (John Early), he thought losing a parent to cancer only happened to other people. 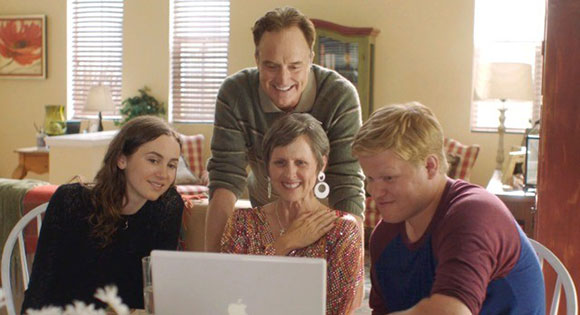 Writer and director Chris Kelly has fashioned a dramedy around the very serious matter of coping with the dying and death of a parent. Joanne herself uses humor as a survival mechanism. In a scene in a church, she clowns around while singing in the choir and provides her family with a surprising moment of release from their fears of losing her. Switching moods, Joanne tells David that she used to worry about her children forgetting her but now she feels that when they look into the faces of their siblings, they will see traces of her. 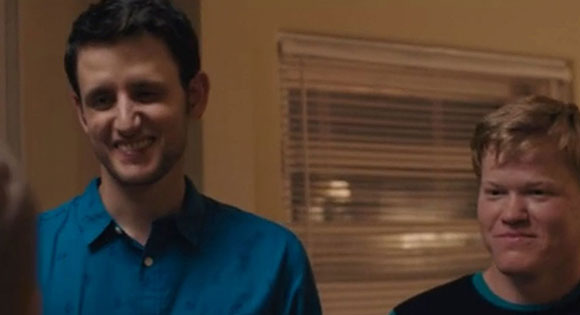 While his mother is shutting down and in hospice care, all of David's pent-up frustration, anger, grief, and loss come bursting out in an incredible scene in a store where he has a melt-down while looking for laxatives. His vulnerability is convincingly rendered by Jesse Plemons's incredible performance alongside Molly Shannon's as his courageous and loving mother who never wanted to be anything in life but a good parent.