Me and Earl and the Dying Girl

Directed by Alfonso Gomez-Rejon
An astonishing dramedy about life, death, and the mysteries that imbue them both.

Meet Greg (Thomas Mann), a high-school senior who uses his wit and quick sense of humor to cover his low self-esteem. He has created an act which enables him to move freely from one clique (jocks, goths, stoners) to another without being attached to any of them.

This lack of commitment applies even to his one and only friend Earl (RJ Cyler), a laid-back African-American from a poor neighborhood he has known since grade school. They share a love of movies and over the years have made 42 homemade spoofs such as "A Sockwork Orange" (A Clockwork Orange) and "2:48 p.m. Cowboy" (Midnight Cowboy). Although they have been through a lot together, Greg does not call him a friend but a "co-worker." 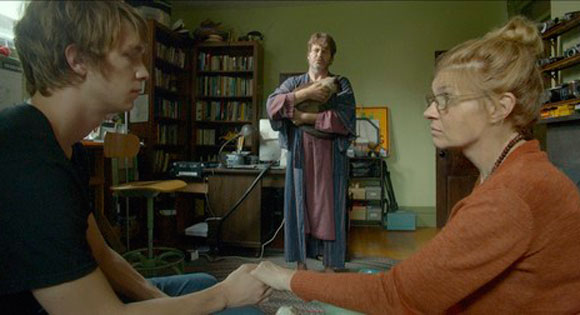 When Greg's mother (Connie Britton) learns that Rachel (Olivia Cooke), one of his classmates, has just been diagnosed with leukemia, she insists that he go visit her. The girl's mother (Molly Shannon) is glad to see him but Rachel makes it clear that she won't tolerate a pity party. Greg responds: "I'm not here because I pity you. I'm here because my mom is making me." It takes a while, but Rachel is disarmed by this strange boy's honesty.

So they begin to see each other regularly even though she's confined by the severity of the disease to her bedroom. One of the marvels of the screenplay by Jesse Andrews, the bestselling author of the young adult novel it is based on, is that it punctuates Rachel and Greg's dark night of the soul with funny one-liners. As they stumble in their "doomed relationship" — she is fighting to stay alive for as long as possible; he is squaring off against his immaturity and self-disgust — humor provides a spiritual pickup for both characters. Eventually the banter slows down and together they face the mysteries of human connection and death. 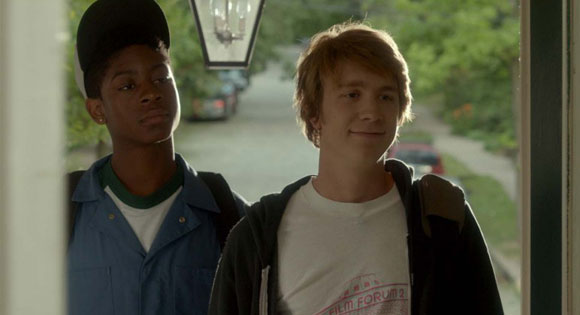 Me and Earl and the Dying Girl is directed by Alfonso Gomez-Rejon and was shot in Pittsburgh, Pennsylvania. The film is a bold dramedy that smoothly mixes humor with heartache. Thomas Mann plays Greg as a tender, caring, vulnerable boy who is baffled by the changes taking place inside him as he spends more time with Rachel. He ignores his schoolwork and puts his college possibilities in jeopardy. He wants to make a film for Rachel but has trouble finding the right approach.

Olivia Cooke puts in a stellar performance as Rachel, a young girl whose future has been cancelled but who makes time for the one peer who cares and makes her laugh. We recalled the cathartic role of humor in Norman Cousin's self-treatment of heart disease and in Patch Adams's healing ministry with terminally ill children. 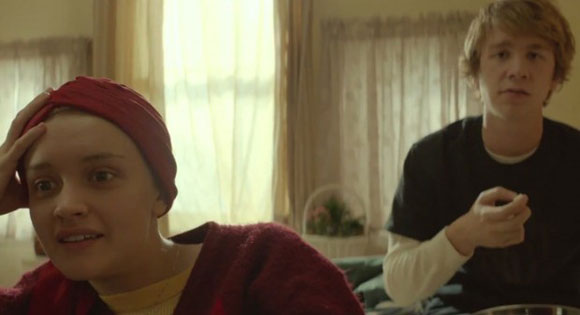 Throughout the film, Greg and Earl eat their lunches in their history teacher's office watching old films. Mr. McCarthy (Jon Bernthal), replete with tattoos, tells them that the mysteries of the human being are so deep and profound that we can keep learning more about persons even after they have died. In an incredibly moving finale, this happens with Greg as he makes his last visit to Rachel's bedroom and is astonished by what he finds there.

We were reminded of a passage by Henri J. M. Nouwen in Our Greatest Gift: A Meditation on Dying and Caring about the gifts we can pass on to others even after our deaths:

"The real question before our death, then, is not how much can I still accomplish or how much influence can I still exert, but how can I live so that I can continue to be fruitful when I am no longer here. That question shifts our attention from doing to being. Our doing brings success but our being bears fruit."