Directed by Christian Carion
Drama about an epic movement of French citizens fleeing the German invasion in 1940.

Christian Carion has been called France's greatest historical filmmaker. In three ambitious dramas, he has explored the treachery, the violence, the yearning for peace, and the hopefulness of human beings in the face of terrifying and disconcerting events.

In Merry Christmas, Carion was inspired by the Christmas truce of 1914, a miraculous occurrence of peace for two days when men in two opposing armies laid down their arms, came out of their trenches, and celebrated the holiday together. This is one of the few movies ever made about human solidarity and unity as the fruit of peace. Merry Christmas was nominated for a foreign-language Oscar.

In Farewell, Carion switched gears and focused on the heroism of a Russian patriot whose espionage during the 1980s changed the destiny of his country and the world. The French benefited immensely from information he provided during the tensions of the Cold War. 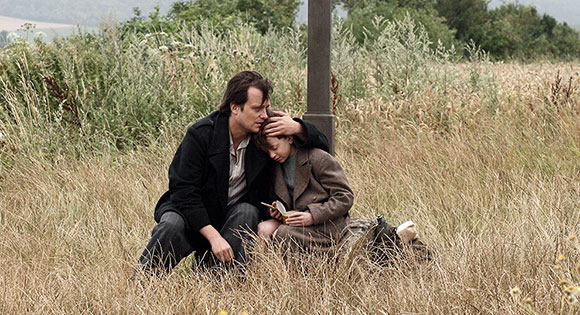 In Come What May, Carion takes us into the epic movement of French civilians in 1940 fleeing their homes and farms as Nazi solders invaded the country. This mass exodus of eight million people has been called by historians the largest displacement in the 20th century.

Hans (August Diehl) and his son Max (Joshio Marlon) leave their home in France and go to the plush rural area of Nord-Pas-de-calais. But when they learn that the German soldiers are on their way, they and the townsfolk leave the area by foot and horse-drawn carriages. The mayor Paul (Olivier Gourmet) and schoolteacher Suzanne (Alice Isaaz) are the leaders of this caravan of pilgrims trying to escape the invading Germans. 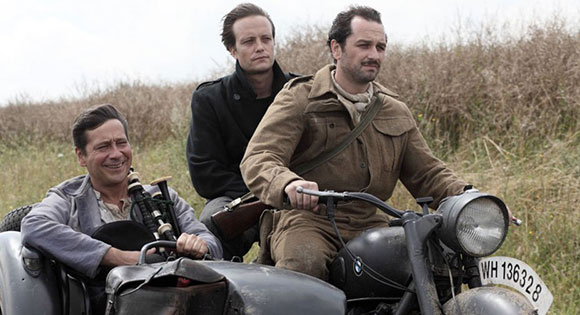 In the mass confusion of the exodus, Hans is separated from Max and teams up with Percy (Matthew Rhys), a Scottish soldier whose comrades were executed by the Germans. One wants to reunite with his son and the other hopes to connect with the retreating British army.

The film's most dramatic moments come when German bombers fly over the town caravan and return again and again to mow down the French men, women, and children. There is little that their leader, the mayor, can do. Meanwhile, Suzanne tries to look after the lost and lonely Max. 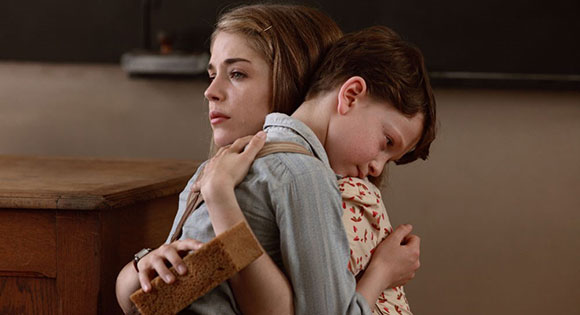 Director Christian Carion wisely spends a lot of time conveying the plights of Hans and his son Max as they struggle to survive without each other. In his notes on Come What May, he reveals that over 90,000 children during this period were separated from their parents and forced to witness the brutality and constant bloodshed of war. Carion concludes:

"The Exodus remains a paradoxical phenomenon. For many, it was a terrible trial, but for others, it represented adventure or first love. It often revealed the violence of war and the terrible things one learns in a country at war, but sometimes it meant the discovery of solidarity and new horizon for people who previously had never left the confines of their village."