Directed by Andre Techine
A compelling French drama that enables us to savor the poignant mysteries of love, yearning, and sex.

Andre Techine is an accomplished French director whose specialty is character-driven stories that convey the complex mysteries of the human heart. Among his creations are My Favorite Season which focuses on the ways in which a middle-aged sister and her younger brother reconnect with each other after their mother is felled by a heart attack. Strayed is a richly developed psychological drama set during World War II. Changing Times is an oddly touching tale about a man's yearning to reconnect with his first love of 30 years ago. The Girl on the Train is a complex film about lying and other deceptions which bring dark clouds into the lives of others. In the Name of My Daughter revolves around the theme of betrayal by those one trusts. 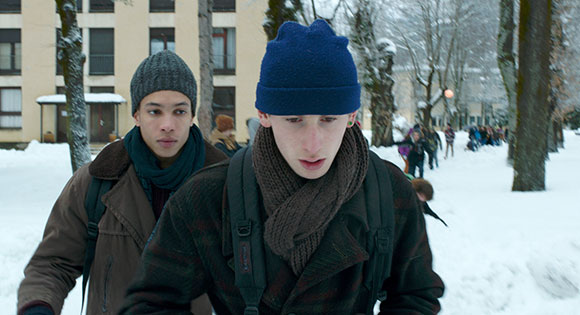 The director continues his interest in human relationships in his new film. Damien (Kacey Mottet Klein) is the smart and sensitive son of Marianne (Sandrine Kiberlain), a doctor, and Nathan (Alexis Loret), a helicopter pilot in an unnamed war zone. At school this teenager is chosen last for sports teams. He irks Thomas (Coretin Fila), the biracial son of farmers who live in the Pyrenees. For a reason unknown to Damien, this handsome loner trips him in the classroom and then attacks him in the schoolyard.

By chance, Marianne makes a house call to treat Thomas's mother who is sick and pregnant. When she learns of their fights, she turns the tables on both of them by inviting her son's antagonist to stay with them in town. It takes quite a while for Damian to admit to Thomas: "I don't know if I'm into guys or just you." 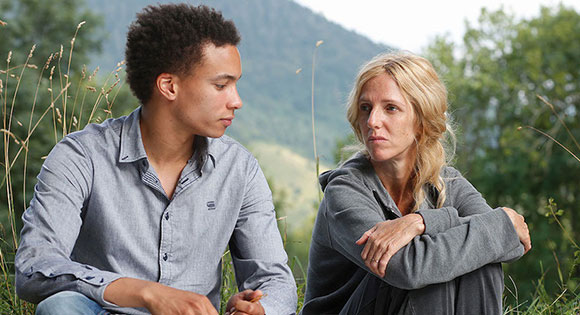 Director Ande Techine and co-screenplay writer Celine Sciamma do a fine job conveying the mysterious connections between the homosexual boys and the very touching intimacy that develops between Marianne and Thomas at a point in her life where she needs him. As the two boys work together discussing a classroom project on desire, we realize just how important this emotion is to all of the characters. Even in the Skype calls between Damien's parents, the presence of yearning is pervasive. 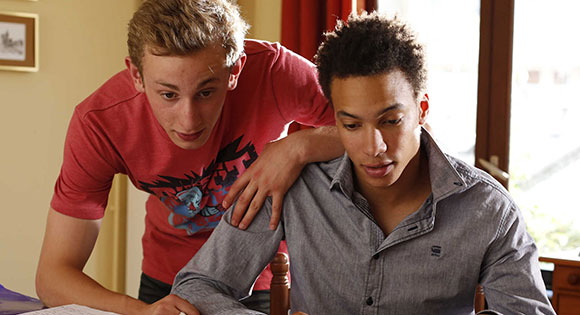 Andre Techine's Being 17 is a compelling drama that stretches our hearts as we savor the great and poignant mysteries of love, yearning, and sex.