Directed by Gianfranco Rosi
A heart-rending documentary about a small island between Libya and Sicily where illegal immigrants from Africa stop on their way to Europe.

Heavy handed interventions by Western nations have heightened the tensions, conflicts, and disruptions within African nations. This is one of the causes of a refugee crisis of mammoth proportions.

The setting for this harrowing and heart-rending documentary is Lampedusa, an eight square mile island halfway between Libya and Sicily. Each year refugees numbering more than 150,000 try to make it to Lampedusa and on to Sicily. Many drown at sea — 15,000 men, women, and children. 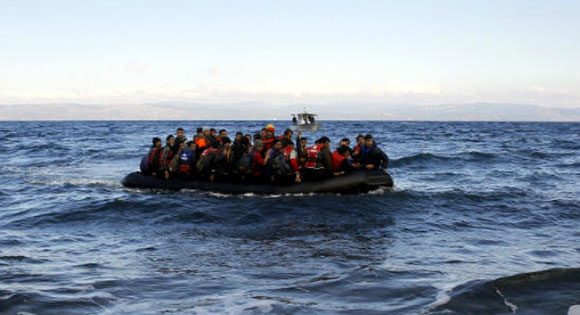 While Italian naval vessels patrol the seas and perform search-and-rescue operations, 12-year-old Samuele Pucillo putters around in his rocky homeland creating a slingshot and targeting birds and cactus plants. He seems oblivious to the life-and-death ordeals of the African immigrants. His experience of throwing-up while on his father's boat is set alongside the dehydration, starvation, and inhaling of diesel fumes of the refugees aboard crowded and often unsafe vessels. 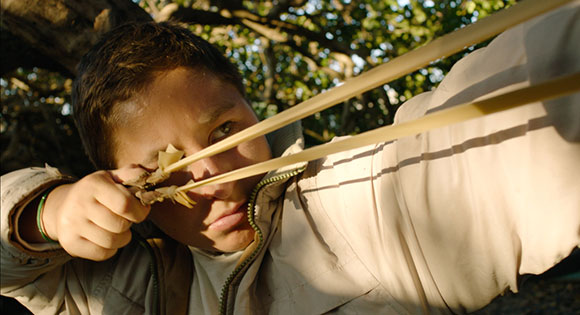 While the deluge of immigrants continues, this small island has done little to nothing to expand its immigration center. The only community member to speak out in defense of the Africans is Pietro Bartolo, a doctor who says, "It's the duty of every human being to help these people." In the most touching scene in Fire at Sea, director Gianfranco Rosi presents a group of survivors from Nigeria who bear witness to their perilous journey; it has taken them from bombings in their homeland to a trek through the Sahara Desert where many died, and then to Libya where others were imprisoned and tortured. Only 30 out of 90 who took this journey survived. 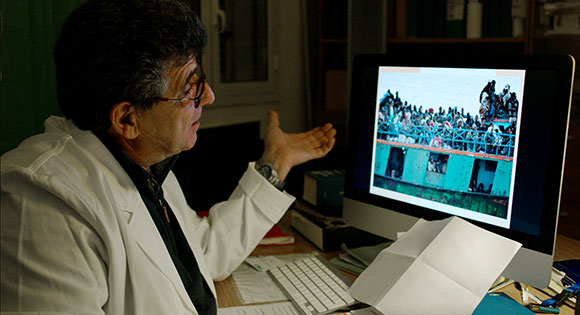 Fire at Sea is Italy's entry for the Best Foreign Language Film at the Academy Awards.