Directed by Jacques Perrin, Jacques Cluzaud
An immersive experience of what life was like for animals and early humans during the Golden Age of the forest.

Film Review by Frederic and Mary An Brussat

At the end of the Ice Age, 80,000 years ago, wild animals lived in the Golden Age of the forest. It was a time when everything moved in sync with the changing of the seasons. Creatures lived in a wonderland of diversity as they enjoyed the sun and the dark, the sky and the moon, the air and the special gifts of water and plants.

Jacques Perrin and Jacques Cluzaud are the directors of this eco-drama conveying the early story of Europe as it unfolds within one distinctive place that many animals experience as home. Four years in the making, this French nature documentary was shot in France, Norway, the Netherlands, Romania, and Scotland. Perrin and Cluzaud are the team responsible for Winged Migration (which filmed bird migrations in 40 countries and 7 continents) and Oceans (a fascinating glimpse of underwater kingdoms that stir the senses and stretch the mind). 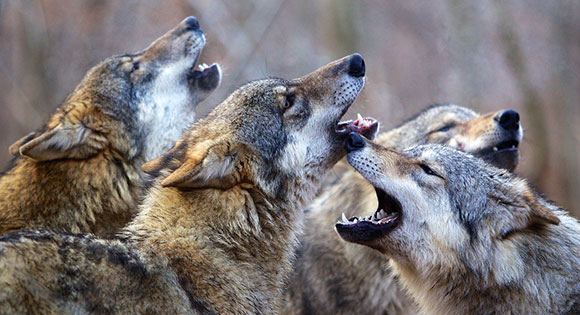 As the cameras sweep through the forest, we are treated to a variety of entertaining vignettes of wild animals going through ordinary days and rituals. We witness the birth of a baby doe and revel in the playful antics of other newborns such as a fox and ducklings; we take in the playfulness of birds leaving the nest and learning to fly; we watch a group of swift-footed wolves chasing wild horses; we are awed by the quiet majesty of Ice Age bison and the battle of bears for dominance. 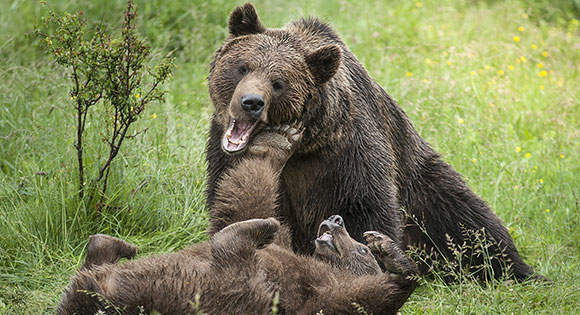 Spring and summer are partners in a dance celebrating life and renewal in the forest of wild animals. Winter provides a difficult workshop for all the creatures as they struggle to find food and shelter. Fall is a transition from warmth to cold, from light to days with more darkness.

Humans first appear in the forest as intruders peering through the brush at this animal paradise. But instead of just being in wonder and awe, the narrator tells us, "Man has become a geological force. He modifies nature and the seasons." The hunting of animals leads to the deaths brought on by wars which devastate all forms of life. Progress for humankind leads to power plants and the bleakness of a deforested landscape where even the mighty bears and swift wolves are forced to leave and look for a new home elsewhere. They are Europe's first refugees. 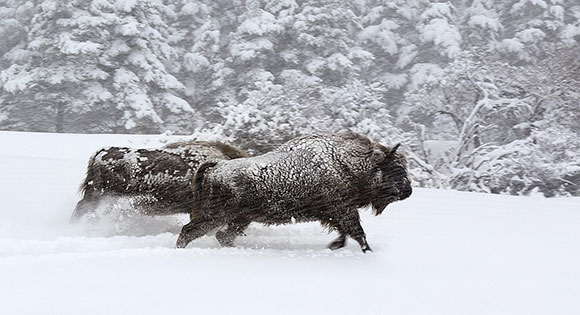 As we open our hearts, minds, and souls to this forest wonderland, we sense our sacred connection with these wild animals. They possess their own intrinsic worth and goodness and their own unique map of experiences. The Lord of Life created animals with the same breath as humans and we need to constantly be reminded of their kinship with us.