Directed by Jim Jarmusch
A tribute to the life and times of a bus driver, poet, and master of everyday spirituality.

So much beauty and meaning can be found in this world. Moments of grace, epiphanies, and the wisdom in little things are often lost to us because we are in too much of a hurry to notice them. Spiritual teachers, writers, filmmakers, and poets do us a great service when they encourage us to slow down and notice the good stuff.

Paterson is set in Paterson, New Jersey, the subject of the five-volume epic poem by poet and doctor William Carlos Williams, who lived nearby. It's been reported that Williams used to carry a notepad in which he wrote "Things I noticed today that I missed until today." The protagonist in this film, named Paterson, would probably like that spiritual practice. He's a master of everyday spirituality. 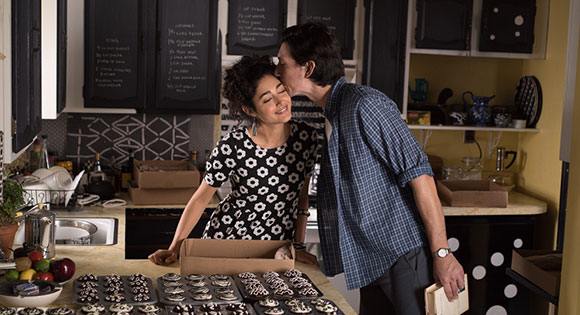 Paterson (Adam Driver) is a bus driver who lives in a modest house with his cheerful wife Laura (Golshifteh Farahani). She loves the poems he writes in his spare time and wants him to publish them. But Paterson is in no rush to share them with the world. Meanwhile, Laura is always dreaming up new projects: creating unusual cupcakes, designing black-and-white patterns for the house and her clothes, and learning to play the guitar so she can sing country-and-western songs.

Paterson wakes up every morning at 6:15 am, eats a small bowl of cereal, grabs his lunchbox, and heads out to work. Before he starts his route, he spends a few minutes writing a poem in a special notebook. He finds time throughout his day to write more poems or polish what he has written. 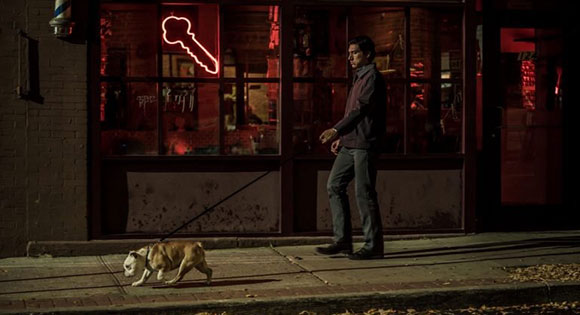 In the evenings, Paterson takes Laura's English bulldog Marvin for a walk. At the neighborhood bar, he drinks a beer and chats with the African-American owner Doc (Barry Shabaka Henley) who has a wall of pictures of folks from Paterson, including Lou Costello of the comedy team Abbott and Costello.

Writer and director Jim Jarmusch has created a lovely tribute to the life and times of a young man who savors words and the beauties to be celebrated in poems. For example, he writes a poem about the box design of his favorite Ohio Blue Tip matches. As he composes, the words are printed on the screen. His subject matter revolves around unusual things he notices and also about what he loves, including his wife. 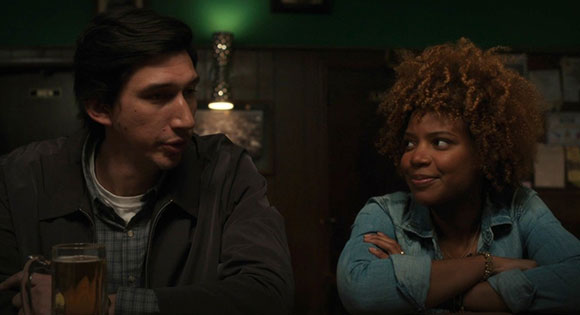 From Monday to Friday, Paterson walks the same route to the bus station and each day hears the complaints of the bus router who has a sea of troubles. While he is driving the bus, he listens to the conversations of passengers who like him are caught up in daily pressures, tensions, and surprises. He also risks life and limb by disarming a disappointed black man (William Jackson Harper) with a gun whose girlfriend (Chasten Harmon) has told him to kiss off.

In one delightful encounter, Paterson meets a creative 10-year-old girl (Sterling Jerins) who reads him a poem she has written. Then later, Paterson converses with a poet from Japan (Masatoshi Nagase) who is on a pilgrimage to the city to learn more about William Carlos Williams.

Paterson is the kind of slow-paced character-driven film that one can cuddle up with on a cold winter night. It enchants with its celebration of poetry as a spur to everyday spirituality. And best of all, it confirms what we have known for a long time — there is nothing in the world as important as love!