Directed by Sean Bloomfield
A touching documentary about seven pilgrims experiencing the gifts of visiting a sacred site.

"Coincidences and miracles are only glimpses of how closely connected with God we really are."

Millions of pilgrims have made their way to Medjugorje, a small village in Bosnia-Herzegovina where in 1981 six children claimed to have been visited by the Virgin Mary and given messages to convey to the world. Now adults, several of these visionaries continue to experience visions of "the Lady." As a result, Medjugorje has become one of the most popular pilgrimage sites in the world. 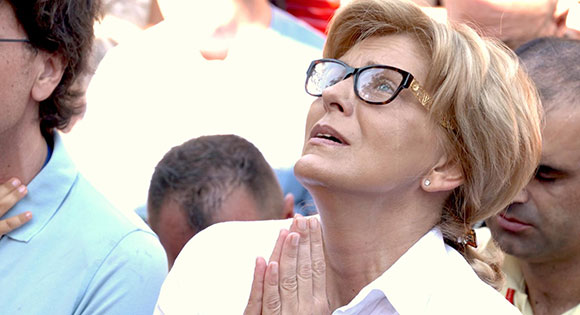 In February 2015, director Sean Bloomfield created an online contest inviting people of all faiths or no faith to send videos outlining why they should win one of seven trips to Medjugorje. Seven pilgrims are accepted: a young mother dying of cancer and her husband; a widower who has raised nine children on his own; a Mennonite woman who converted to Catholicism; a young man whose life has been turned upside down by drug addiction; a young policeman and husband who is an atheist; and an English atheist who has many questions. 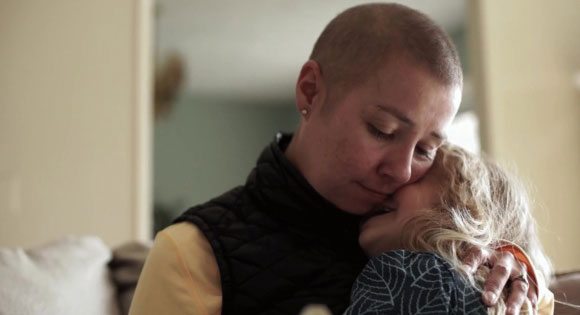 It is fascinating to watch the thoroughly human ways in which these strangers bond and become a family during their time in Medjugorje. They try to articulate their feelings at significant sites, question priests, talk with one of the original visionaries and watch her and another visionary listening for more instructions from the Virgin Mary, and spend a lot of time on the rocky hillside where the apparitions have appeared. At the emotional and spiritual matrix of this documentary is Holly, the brave woman with cancer who inspires her fellow travelers with her decision to pass on her beloved husband and children to Mary's divine care. 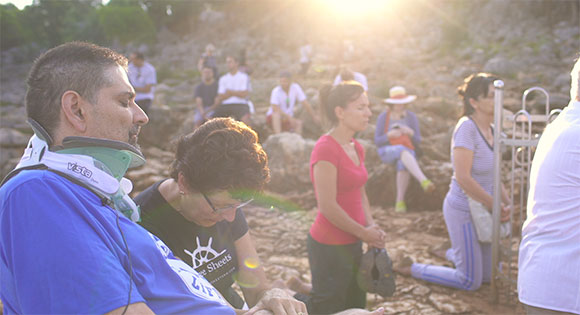 Another touching story is that of a pilgrim they meet, Darryl Bach, who is afflicted with ALS and confined to a wheelchair. Although he is not cured, he does experience a spiritual healing of his soul whereby he reconnects with the Catholic faith he had abandoned.

Apparition Hill opens our hearts and minds to the awe and wonder that can come alive in sacred places like Medjugorje.