Directed by Joshua Z. Weinstein
An authentic and endearing portrait of an oddball in his Brooklyn Hasidic community.

Menashe (Menashe Lustig) is a widower who is trying to look after Rieven (Ruben Niborski), his preteen son. He struggles to fulfill the requirements of a lowly job at a kosher supermarket and at home can only offer the boy an eat-on-the-run breakfast consisting of cake and soda. The Rebbe (Meyer Schwartz), who leads this Hasidic community in Brooklyn, wants him to marry or hand his son over to Fischel (Yoel Weisshaus), his late wife's brother who is financially successful and very judgmental. He is told he can only keep Rieven with him until his wife's memorial service. 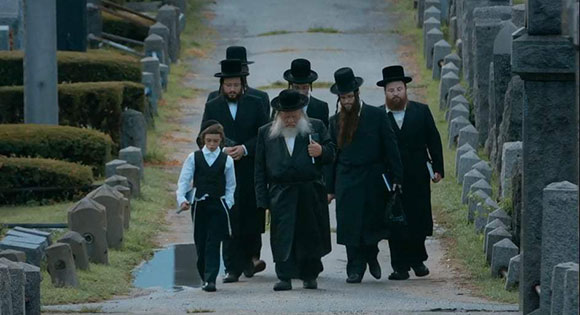 Menashe is saddened to hear that the community does not allow children to attend school if they are raised in a house without a mother. Still this stubborn outsider, who refuses to wear the traditional black suit and hat, turns down a woman sent to him by a matchmaker. More obstacles jeopardize his plans to prove himself to the Rebbe and his self-righteous brother-in-law.

There are moments when Menashe and Rieven take pleasure in each other's company but there are also times when the youngster is embarrassed by his father's inability to hold things together – such as when $1000 worth of gefilte fish fall out of the van he is driving and his boss blows up over the costly incident. 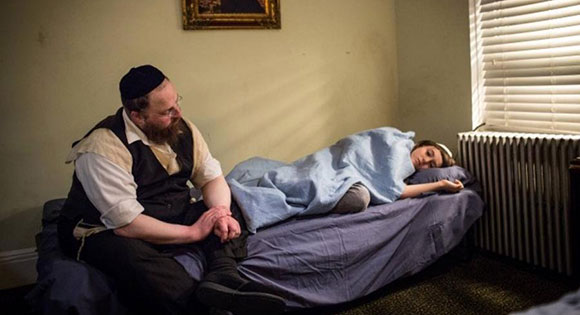 Joshua Z. Weinstein directs this engaging drama by making the most of the acting provided by a nonprofessional cast. He also averts the criticism brought on by Boaz Yakin's A Price Above Rubies and Sidney Lumet's A Stranger Among Us when depictions of Hasidic life became secondary to the casting of Hollywood stars such as Renee Zellweger and Melanie Griffith. Menashe also accomplishes another feat: it is an all-Yiddish film shot on location. This story ends on an optimistic note that turns out to be both authentic and endearing.