Directed by Jody Lambert
A clever dramedy about a small community that surges on a sea of troubles during Orson Welles' broadcast about an alien invasion.

On October 30, 1938, Orson Welles scared millions of people in the United States with a radio dramatization of a Martian invasion of Earth as imagined by H. G. Wells in his novel The War of the Worlds. As part of his radio anthology, The Mercury Theater on the Air, the broadcast was so convincing that many people thought a real invasion was happening beginning in rural New Jersey.

Brave New Jersey is a funny and clever comedy set in Lullaby, New Jersey, a booming town of 500. Word spreads quickly in the community about the alien attack and soon everyone is making a decision — whether to flee or stay and take up arms against these perceived enemies or surrender to them as outer space saviors. 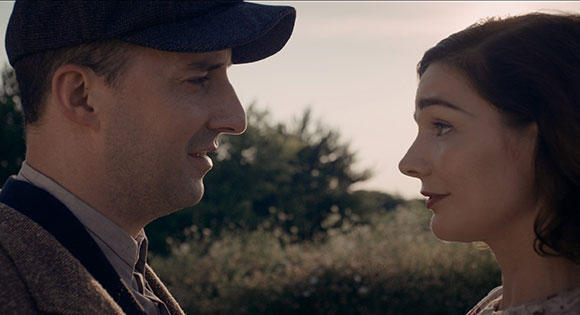 The sweet and introverted mayor (Tony Hale) seizes the moment to profess his love for Lorraine (Heather Burns), a married woman with two children and an entrepreneurial husband who abandons his family and heads off to join his mistress at the start of the crisis.

Peg (Anna Camp), a school teacher, uses the invasion as an excuse to ditch her mild-mannered fiance (Matt Oberg) and to tap into her unexpressed anger and violent impulses. Meanwhile at the church, the Reverend Ray Rogers (Dan Bakkedahl) undergoes a serious faith crisis which sends him into a miasma of doubt, fear, and dread. The one person who seems to be most in control during the evening's events is Captain Collins (Raymond J. Barry), a World War I veteran who is used to taking charge. 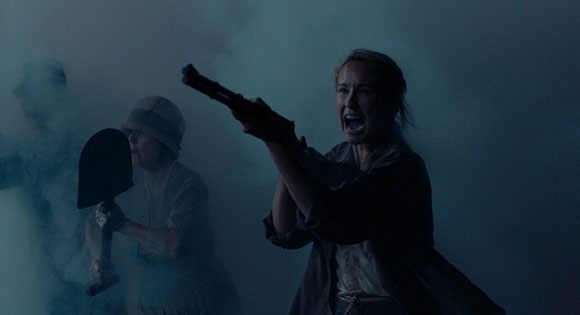 Director Jody Lambert draws out many spunky comic moments during this media-induced adventure but does not slight the somewhat depressing portrait of the townsfolk whose murderous instincts are easily fanned by their feelings of anxious uncertainty. It's hard to tell whether to laugh or cry about them.