Directed by Michael Almereyda
An inventive and thought–provoking sci-fi film about memory, mortality, family, and technology.

We have come to expect that writer and director Michael Almereyda will deliver inventive, thought-provoking dramas that reverence the mysterious dimensions of human beings. We were impressed with his modern dress adaptation of Hamlet and his probe on the controversial work of Stanley Milgram in Experimenter.

Marjorie Prime is another creative masterwork. It is based on Jordan Harrison's Pulitzer-shortlisted 2014 novel and set in a Long Island beach house in the year 2045. There, with the shimmering ocean as a backdrop, Marjorie (Lois Smith), an 85-year old woman with dementia lives with her emotionally troubled middle-aged daughter Tess (Geena Davis) and her son-in-law Jon (Tim Robbins). 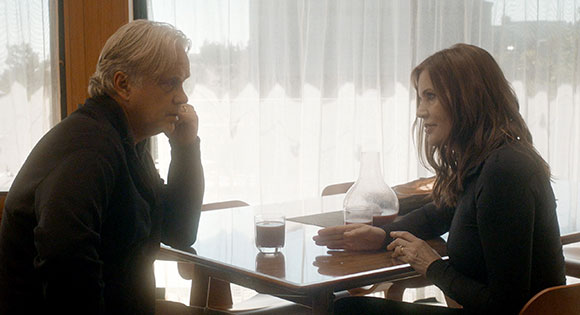 Since this former concert violinist is both bothered and bewildered by her memory loss, the family has contracted with Senior Serenity to receive the services provided by one of their "Primes" — an AI (Artificial Intelligence) replica of Walter (Jon Hamm), Marjorie's husband as he looked many years ago. This Prime has been programmed to respond to her questions and to be a good listener. When she asks him to remind her of a vivid moment from the past, he replies "I'm afraid I don't have that information." 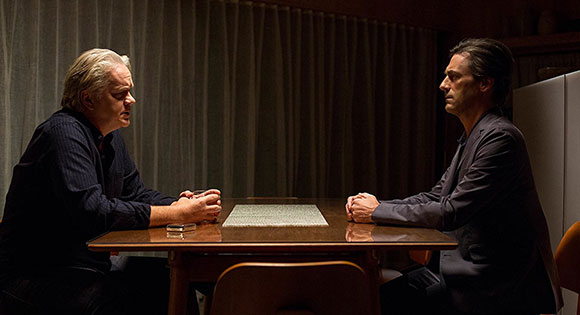 Jon, who takes on the task of feeding Walter Prime with needed memories, is fascinated with this technological wonder and even tells him, "It's amazing what they can do with a few zillion pixels." Tess, on the other hand, is somewhat jealous of Walter and the hold he has upon her mother. Even as she was pushed aside as a young girl by her brother Damian, who was Marjorie's favorite, this middle-aged woman is waging a losing battle to stay in control of her increasingly messy and lonely life. 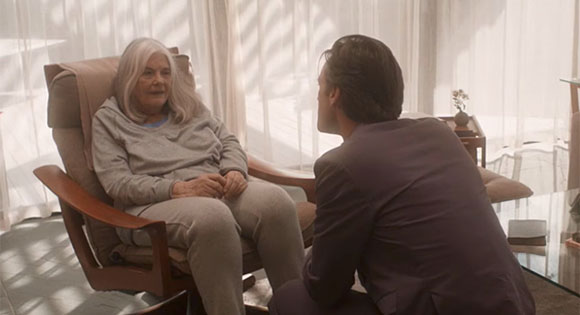 We commend director Almereyda for drawing out winning performances from those playing the four main characters. Here voices and faces are all-important – similar to many of the films by Ingmar Bergman. The older she gets, the more the veteran actress Lois Smith shines. In this drama, she struggles with her memories and the verbal attacks of her unhappy daughter but still retains the sparkle and beauty of her yearning. Hamm makes the most out of his role as a hologram and at times comes across as a digital counselor. Geena Davis and Tim Robbins prove themselves to be superior reflections of the complexities implied by the film's probes of technology, forgetting, family problems, and mortality.

Read our reflections on Questing in Marjorie Prime