Directed by Michael Almereyda
A thought-provoking film about obedience to authority figures.

Troubled by the Nazi war criminal trials and the claim that they were just following orders, social psychologist Stanley Milgram (Peter Sarsgaard) of Yale University in 1961 embarked on "an experiment on obedience to authority figures." The questions posed in this unusual project were: What lies behind our reluctance to confront those who abuse power? Is it fear of what will happen to us or a genuine expression of our hidden violent impulses? What causes us to deny our basic standards of humane and caring behavior when put in a jeopardy situation? 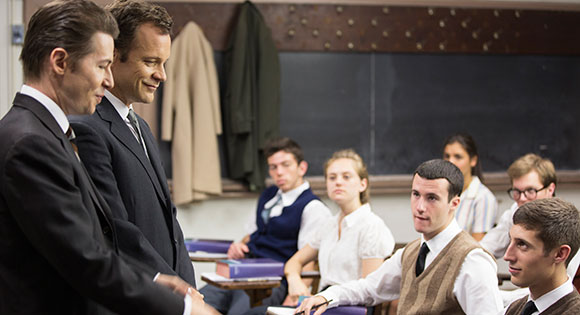 Milgram finds individuals for his experiments from all levels of society and tells them that the purpose is to study the effects of punishment on learning ability. One person plays the student and the other a teacher. When students answer a question incorrectly, the teacher administers an electric shock to them. Shock levels range from 15 to 450 volts. If at any point, the teacher is reluctant to inflict the shocks, he is advised to keep the experiment moving.

Much to Milgram's dismay, two-thirds of his nearly 800 test subjects administer the full range of electric shocks. They are willing to set aside their own principles and obey the orders of Milgram's assistants just as the Nazi concentration camp commanders did when they claimed they were "just following orders." Only a few subjects in the experiment rebel and refuse to continue administering shocks. 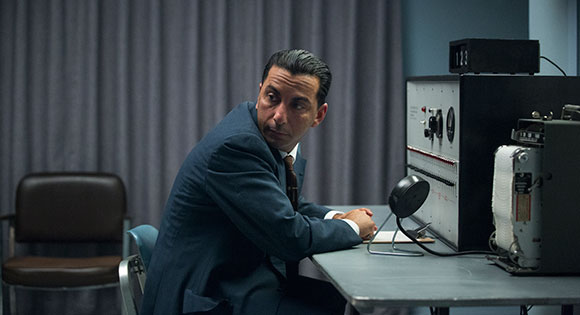 Writer and director Michael Almereyda has done an excellent job orchestrating this engrossing project. It evidences the same inventive spirit as his modern-dress Hamlet did years ago. Since 1961, there has been a deluge of criticism of the questionable methods used in Milgram's research project along with its ethical improprieties. Modern standards require that participants in any experiment cannot be deceived. They must also be advised of any long range psychological consequences of the project. 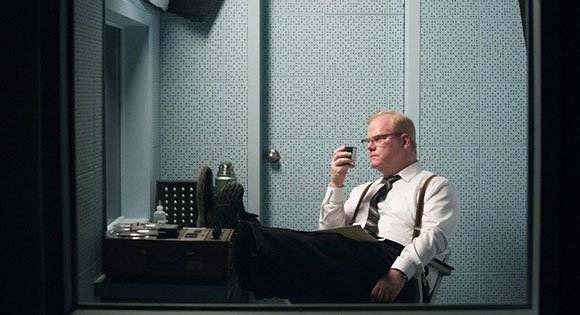 Experimenter stands alongside Kinsey and Project Nim as another thought-provoking examination of a university-sponsored scientific research experiment. All three films open up spiritual dialogue about the complicated dimensions of human nature.