Directed by Ai Weiwei
A meditative and visually stunning overview of the plight of refugees around the world.

The big story of the twenty-first century is the gigantic and unrelenting stream of people moving from rural villages into cities. This vast and unprecedented migration involves two to three billion people, perhaps a third of the world's population. It is having a shattering effect on family life with one result being an end to continuous population growth. Since cities have not been prepared for this large influx, the newcomers have been forced into slums, have not adapted well to urban living, have been unable to find work, and have been plunged into poverty.

Some of these refugees are fleeing famine and job loss in the countryside. Others are displaced because of climate change and war. But the deep yearning that brought them to a new life keeps them going in the face of setbacks, disappointments, and constant humiliations. 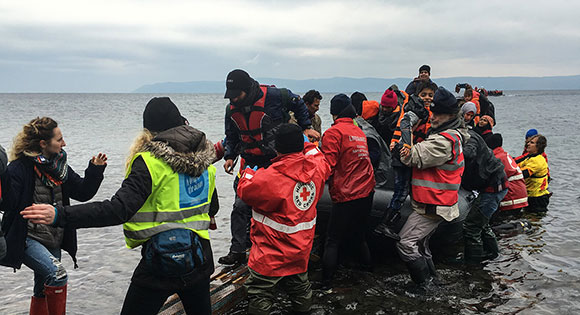 In his first feature documentary, Chinese artist and dissident Weiwei offers a meditative and cinematic overview of the plight of refugees around the world. Human Flow was filmed in 23 counties with 25 film crews with footage from Afghanistan, Bangladesh, France, Greece, Germany, Iraq, Israel, Italy, Kenya, Mexico, and Turkey.

Weiwei captures our attention and slows us down with the peaceful and almost soothing shots of rescue boats filled with immigrants. They have landed on the Greek island of Lesbos and are given cups of tea. They are men and women who left their homes on the run from sporadic gunfire. They are children who have already forgotten what they learned in school. The future for them looks bleak with many crises and catastrophes just around the bend. 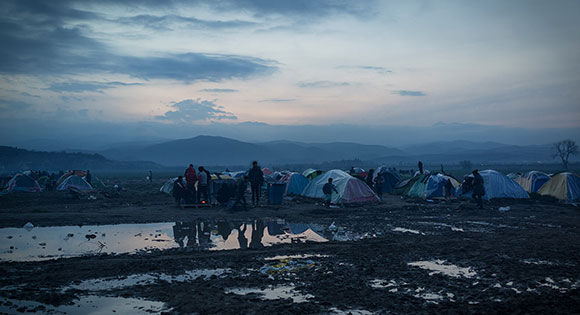 As Hanan Ashrawi states, being a refugee strips people of their dignity and leaves them bereft of hope. And not only human beings are suffering. In Gaza, Amir Khalil and the Four Paws organization are doing all they can to care for sick and stressed out animals. There is also a brief stop at Dadaab, the largest refugee camp in the world located in Kenya. 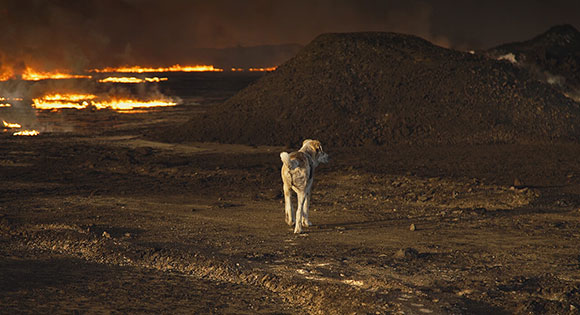 Ai Weiwei has great empathy for these outcasts since he grew up during China's Cultural Revolution and suffered from persecution of artists. He appears from time to time in the film, lending his ardent support and cheering the refugees on like a track coach.