Directed by Scott Haze
An inspiring documentary about an African millionaire whose goodness leads him to serve the street orphans of Nairobi, Kenya.

"Our supreme purpose in life is not to make a fortune, nor to pursue pleasure, nor to write our name on history, but to discover the spark of the divine that is in our hearts."

The anger, violence, hatred, and killing that goes on every day in our world is hard to stomach. The combined greed, ignorance, and short-sightedness of humanity is now destroying the earth and creating unbearable suffering for many of its people, especially children.

In their book Made for Goodness, Archbishop Desmond Tutu and his daughter Mpho Tutu, also an Episcopal minister, assert that in our times, goodness can change everything — the ways we see ourselves, the world, and others. The Tutus are convinced that human beings have been made in the image of God:

"The impulse to care, the instinct for goodness, is a shining thread woven into the fabric of our being."

Reaching out to others, we step aside and serve others in any way we can. Africans have long understood this:

"Ubuntu is the Xhosa word used to describe the 'tend and befriend' survival behavior . . . a person is only a person through other persons, we say."

Mully is an astonishing documentary written and directed by Scott Haze. It opens our hearts, minds, and souls to the difference a good person can make in the lives of others by putting them first. We were completely bowled over by the true story of an African who creates a life of meaning and beauty for thousands of children in Kenya. 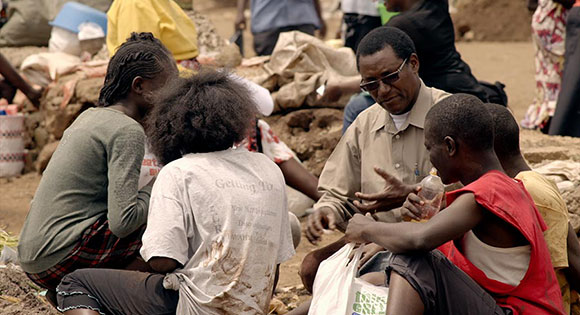 If, given the overwhelmingly negative thrust of the news and the cynical nature of the times, it is sometimes hard for you to notice goodness, this film is for you.

Abandoned in his rural village by his family when he was a young boy, Charles Mully begged for food for nearly ten years. He eventually walked to the city of Nairobi to find work. Depending on the kindness of strangers, he learned that no one is completely independent.

He was given a job as a household worker and was quickly promoted to manager of a farm. Through discipline and the wise use of his energy, Mully expanded his activities to running a bus company, selling and managing real estate, and eventually owning the oil and gas companies serving all of Kenya. He became a multi-millionaire. 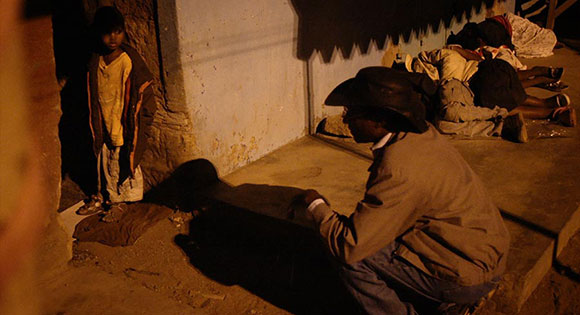 Then one day, after what he described as a call from God, he made a radical change. Following his heart and the love within him, this businessman decided to no longer work for money. He stunned his wife and eight children by selling all his businesses. He went into the streets of Nairobi and began rescuing street orphans, bringing them back to his own home.

At first members of his family were put off by all the work and expense of looking after these unruly kids. Over time, Mully was rescuing so many homeless boys and girls that the whole household moved to some desert land in the country. Together they built an orphanage to house over a thousand children, all of whom call Mully "Daddy." 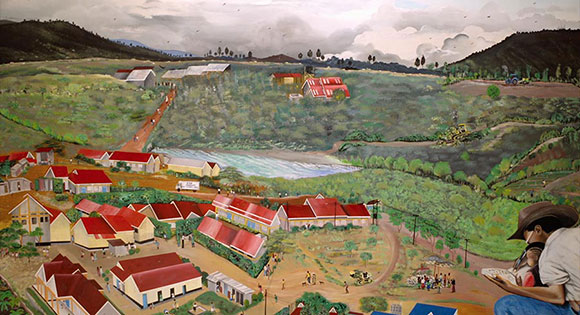 Miracles abound in this story. During a severe drought, Mully had a vision that there is water on their land. He instructed the children to dig in one place, and to everyone's amazement, they uncovered a spring. Soon the "Mully Children's Family" was raising enough food to not only feed themselves but to export some for cash. They then planted trees and effectively changed the climate in their area.

Director Scott Haze uses re-enactments; interviews with Charles Mully, his wife Esther, and their biological children; and footage of the family from its early days to its expansion into several locations. It is an absolute delight to witness how well this good man's biological and rescued children take on the challenges that face them and continue his legacy. 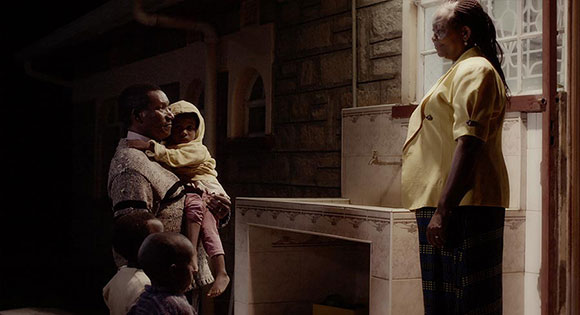 Mully describes his activities as his response to a call from God. Watching this account of what he and his family have achieved, we recalled the words of Julian of Norwich:

"God's goodness fills all his creatures and all his blessed works full, and endlessly overflows in them. . . . God is everything which is good, as I see it, and the goodness which everything has is God."