Directed by Craig Gillespie
A wild and raucous biopicture about Tonya Harding who moves too fast on the thin ice of fame and falls.

"Fame is the perversion of the natural human instinct for validation and attention. As the media stand now, .oo1 percent of the population is getting crème brulee every day, and the rest are being ignored."

In this funny, twisted, and over-the-top biopicture, we follow the strange odyssey of Tonya Harding from her first audition on ice at age three through her 1994 crash-and-burn as a tabloid lowlife.

Craig Gillespie directed Lars and the Real Girl, which was an endearing oddball fillm. I, Tonya has a wild and darkly comic screenplay by Steven Rogers. It begins with snatches of interviews with those who play a part in the life of this infamous skater: her abusive ex-husband Jeff Gillooly (Sebastian Stan); her controlling and trench-mouthed mother LaVona Golden (Allison Janney); her patient coach Diane Rawlinson (Julianne Nicholson); and her wacko body guard Shawn Eckhardt (Paul Walter Hauser). 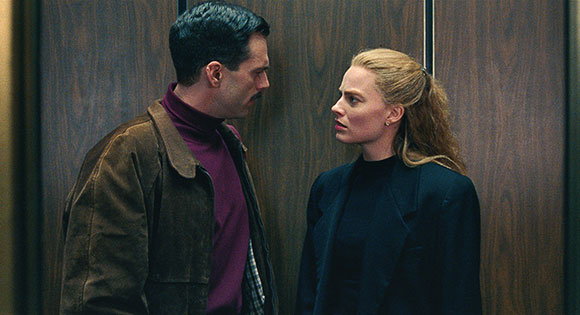 Tonya Harding (Margot Robbie) is an alternately tough and vulnerable figure skater. Her lower middle-class origins set her apart from her competitors who are more traditional in their private lives as well as in their performances on ice. Tonya can fix a car engine and chop wood and she’s very driven. It’s no wonder she becomes the first American female skater to execute a triple-axel jump.

But much to her dismay and righteous indignation, this athletic skater is consistently rated poorly by the judges in national championships. When she confronts one of them, he admits that they find her "presentation" inadequate compared to her competitors who would never wear a hand-made costume. She just doesn't have the image the skating judges want to promote. To put this another way, Harding is unable to see herself as an effete ice princess. 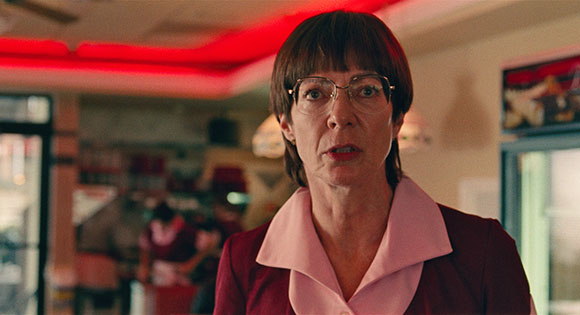 The narrators fill us in on the sad and sordid details of this gifted skater's life, including her unloving mother's physical, mental, and emotional abuse of her daughter; her ex-husband Jeff’s many beatings of her; and the bizarre actions of her body-guard Shawn. When Jeff and Shawn arrange to have Tonya’s chief competition, Nancy Kerrigan, hit in the knee in the run-up to the 1994 Winter Olympic Games, Tonya finds herself the center of the blame. "America wanted someone to hate" is how she explains the reaction to "the event." Reflecting on her past, she notes, "Nancy gets hit one time and the whole world goes wild. I get hit all the time." The cumulative effect of these humiliations, assaults, negative energy, and legal troubles is enough to put a permanent end to her career. 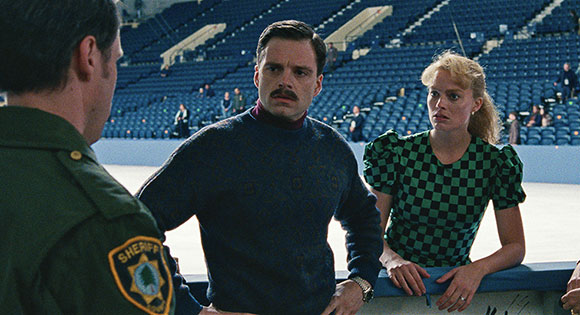 Director Gillespie and screenplay writer Rogers hammer home the exhilaration of celebrities who ride the bucking bronco of fame and then are thrown down to the ground in painful defeat and ignominy. In Automatic Vaudeville: Essays on Star Turns, John Lahr concludes:

"Fame is America's Faustian bargain: a passport to the good life that belittles human endeavor while seeming to epitomize it. The famous gain excitement and activity, only to lose concentration and calm. A sense of acceleration spins the wheels of their imagination and seizes their life. Their momentum becomes their existence."


Special features on the DVD include Feature Commentary with Director Craig Gillespie; Deleted Scenes; Behind the Scenes; Trailers