In This Corner of the World

Directed by Sunao Katabuchi
A Japanese anime film about a young woman's daily life in a town near Hiroshima during World War II.

This Japanese film uses hand-drawn animation to give us a feel for what civilian life is like as a war comes closer and closer. Although set in a specific time and place — a town near Hiroshima, Japan, during World War II — the people's desire to just be able to go about their lives and find what happiness they can feels like the universal quest of any civilian population. 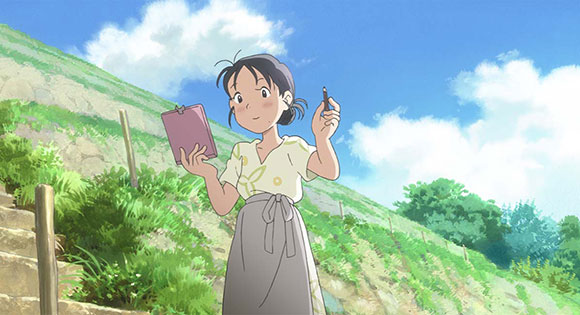 Suzu (voiced by Non) grows up in the country doing chores and attending school. At 18, her family arranges a marriage to Shusaku Hojo (Yoshimasa Hosoya), whose father is in the Japanese navy. She moves to live with her husband's family in Kure, a seaport and military base.

Adjusting quickly to married life, Suzu takes over most of the cooking and cleaning for the household. But her domestic bliss is soon strained by food rationing and then her husband's absences. During a trip to visit her family in Hiroshima, she draws pictures of the most famous buildings. Later we will see only remnants of this architectural glory after Hiroshima is destroyed by the atom bomb. 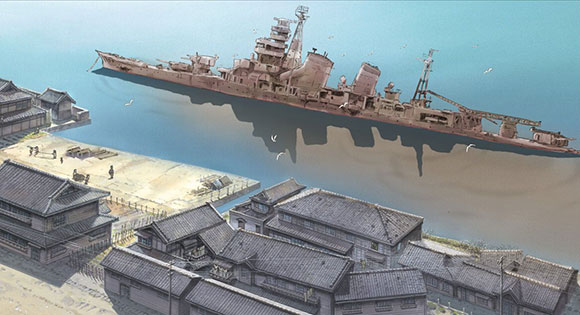 Many films show us the devastating effects on civilian populations of bombs and battles. This one does too, but it also shows us through simple scenes how not only lives but a way of life are destroyed by war.