King in the Wilderness

We tend to think of Dr. Martin Luther King, Jr.'s legacy as comprised of his famous "I Have a Dream Speech" and his leadership during the bus boycotts, sit-ins, and marches against segregation in the South. But as this extraordinary documentary directed by Emmy winner Peter Kunhardt vividly shows, the last 18 months before his assassination in Memphis in April, 1968, were fraught with danger, disillusionment, and disappointment. He experienced challenges to his body, mind, and soul. At one point, he said that his dream had "turned into a nightmare." 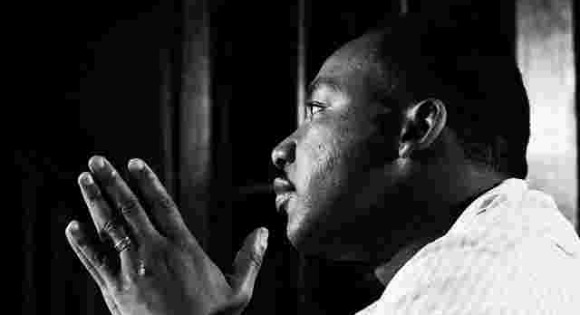 This ardent and confident civil rights activist had a plan, a passion, and a presence that emboldened his inner circle of co-workers in the Southern Christian Leadership Council, and his close friends, many of whom recall their times with him in this documentary, including Andrew Young, Harry Belafonte, Jesse Jackson, Joan Baez, Bernard Lafayette, and Coretta Scott King. One of them points to an African proverb in order to convey the multiple challenges of King's crusade for racial equality: "If the surviving lions don't tell their stories, the hunters will get all the credit."

Director Kundardt and writer Chris Chuang graphically convey the ways in which King and company amplified their mission beyond confronting racism to the hot potato issues of poverty, open housing, unemployment, education, and police violence. In January 1966, King and his family moved into an unheated apartment in a Chicago slum and led marches to protest poor housing for blacks and the lack of open housing in other areas of Chicago. Opposition from whites was so strong that King declared that the hate he saw in Illinois was as great as any he saw in Mississippi. Especially daunting was the resistance of Chicago mayor Richard J. Daley. At the same time, J. Edgar Hoover's FBI was wiretapping King and threatening to expose his human flaws. 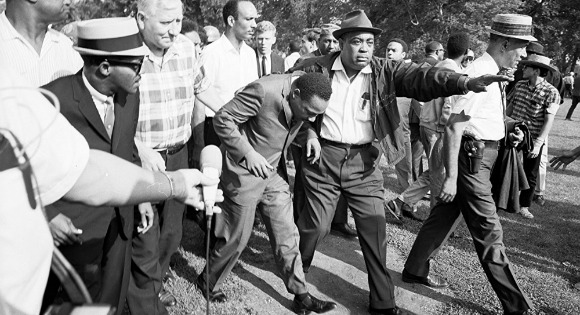 In June 1966, King returned to the South. James Meredith had been shot while leading a March Against Fear. King and his colleagues wanted to finish it. Also marching was Stokely Carmichael of SNCC. One of the most fascinating scenes in the documentary has a reporter interviewing the two of them as they are marching. Stockely Carmichael argues that Black Power is a more realistic path for African-Americans, while King defends his emphasis on nonviolence. 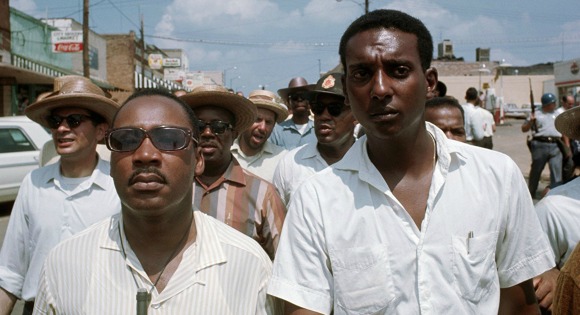 Meanwhile, the Peace Movement against the Vietnam War was growing, and the leaders wanted King to join them. Would he take a stand against the war being waged by Lyndon Johnson, the president who had gotten the Civil Rights Act and the Voting Rights Act passed? In an inspiring speech at New York's Riverside Church, the gifted preacher linked the systemic racism of America to its immoral deeds overseas. Johnson was furious and others condemned King for trying to be more than a civil rights leader. 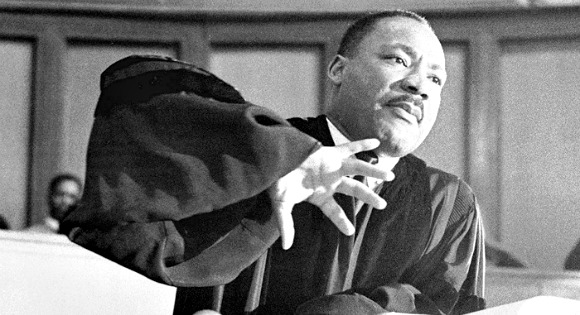 During this difficult period, King decided to launch a Poor People's Campaign, on behalf of poor people of all races. He had to deal with his disappointment as he saw riots break out in black neighborhoods, urging people in his speeches to "Build, Baby, Build" instead of "Burn, Baby, Burn."

Always he faced danger. As we see King duck down during a march to avoid what sounds like a gunshot, we recall his confession that he didn't expect to live past 50. He said, "If you are ever going to be free, you have to overcome the love of wealth and the fear of death." While he was in Memphis in solidarity with striking sanitation workers, King was assassinated on April 4, 1968.

Andrew Young, one of King's most articulate companions on his zigzagging crusade for justice, says in the documentary:

"I don't think anybody understands what happened in the final years of Dr. King's life. Everybody is trying to figure it out politically or economically, and it was a spiritual phenomenon that I'm just beginning to realize. We didn't know what we were doing. As brilliant as Dr. King was, there wasn't a single thing that went the way we planned it."

It takes deep faith, large doses of courage, and the ability to surrender to tread the spiritual path of improvisation while combatting racism and the constant threat of death. Hats off to Kundardt and company for this spiritually rich and emotionally vibrant documentary.