Directed by Mike Newell
An adaptation of the bestselling novel about how books connect and inspire us.

Juliet Ashton (Lily James) is a bestselling English author on the lookout for a new subject to stimulate her soul and provide readers with more meaningful fare than her previous literary efforts. She depends upon her patient London publisher, Sidney (Matthew Goode), for encouragement and moral support.

Juliet receives a letter from Dawsey Adams (Michiel Huisman), a native of the island of Guernsey in the English Channel, who came across her name and address written inside a book by Charles Lamb. It turns out that he is a member of an unconventional book club named The Guernsey Literary and Potato Peel Pie Society which started during World War II when the Germans were occupying their beloved island. 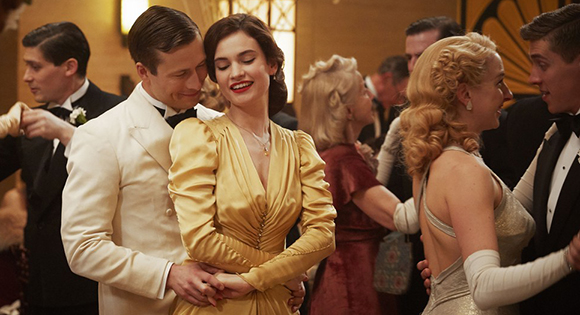 Juliet comes up with the idea of doing an article for the London Times on the book club and travels to Guernsey. Her journey is complicated when Mark (Glen Powell), a wealthy American she has been seeing, proposes to her and she accepts. The engagement ring he gives her is so stunning, she decides not to wear it on the island.

Juliet's high expectations for the article are quickly shattered when Amelia Maugery (Penelope Wilton), the mother figure for the club, declares that they will not give permission for her to write about them. The others agree. Besides Dawsey, they include Eben Ramsey (Tom Courtenay), the local postmaster whose grandson Eli (Kit Connor) befriends Juliet; and Isola Pribby (Katherine Parkinson), a lonely woman who brews gin. Painful secrets hover around the past bravery of Elizabeth (Jessica Brown Findlay), the feisty original founder of the club. She was arrested by the Germans, and nobody knows what happened to her. Her daughter Kit (Florence Keen) lives with Dawsey. 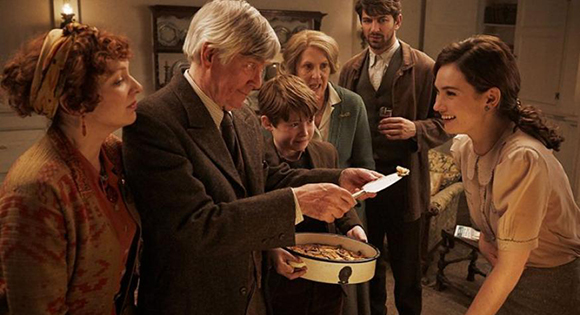 The Guernsey Literary and Potato Peel Pie Society is based on the bestselling novel of the same name by Mary Ann Shaffer and Annie Barrows. This character-driven film is directed by Mike Newell (Enchanted April, Four Weddings and a Funeral) who has a special knack for drawing out little acts of courage and kindness in melodramas. For example, when a German soldier is monitoring an early book club meeting, Ramsey dares to whisper in his ear while he is sleeping: "Propriety is concern for other people. When that goes out the window, the gates of hell are surely opened and ignorance is king." These people have great respect for each other and others' suffering during the occupation.

Books and the difference they can make in our lives is the major theme of the film. In a letter to Dawsey, Juliet wonders if there is "some secret homing instinct in books that bring them to their perfect readers." Certainly these two are kindred spirits. He replies with a testimony to the importance of the book club: "Our Friday night book club became a refuge to us, a private freedom to feel the world growing darker all around you but need only a candle to see new worlds unfold." 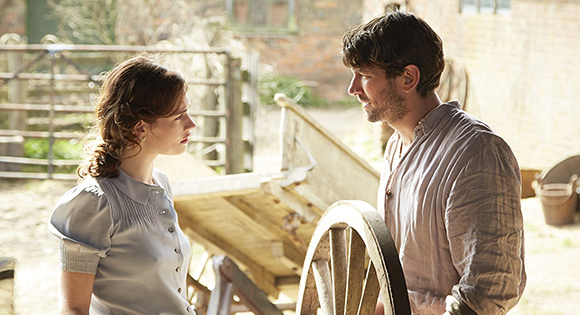 In the afterword for the novel, Annie Barrows comments on the importance of storytelling and book clubs:

"The wonderful thing about books – and the thing that made them such a refuge for the islanders during the occupation – is that they take us out of our time and place and understanding, and transport us not just into the world of the story, but into the world of our fellow readers, who have stories of their own."

This story of the Guernsey islanders is beautifully carried by a talented cast, beautiful scenery, and sensitive direction. But if the film encourages you to share some of your own history with books, it will really have achieved its intention.