I Am Not a Witch

Directed by Rungano Nyoni
An assured and surreal interrogation of misogyny and superstition.

The title of Rungano Nyoni’s bold debut feature is never once uttered by its young heroine Shula (effortlessly effective newcomer Maggie Mulubwa). Even as her journey grows increasingly absurd, her situation more devastatingly dire, and the accusations and atrocities pile up, Shula’s unmoving, placid face observes the mess, her wide eyes and enigmatic pout revealing a perspicacity that transcends her young age. 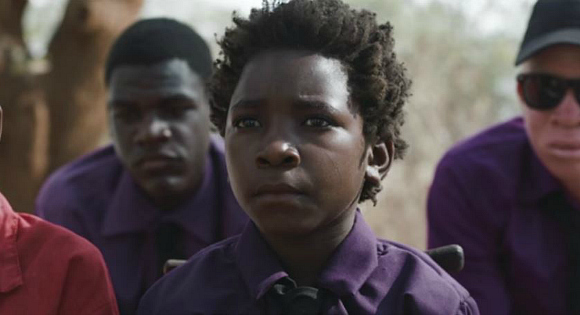 Shula’s name means “Uprooted,” and there could not be a more appropriate moniker. Like a barely-opened bud plucked from the ground and passed between varyingly caring and uncaring hands, Shula is a study in tiny tragedy, on borrowed time before she withers from far too much handling and far too little tending.

Though set in a heightened modern-day Zambia, the structure of Nyoni’s plot hews closely to classically familiar witch-hunt tales. Following her initial accusation, Shula is abused by a system that simultaneously seeks to punish and exploit her. She finds moments of connection and kindness with others in her same situation, but she is thwarted by the system again, and then it all repeats in predictable ways. 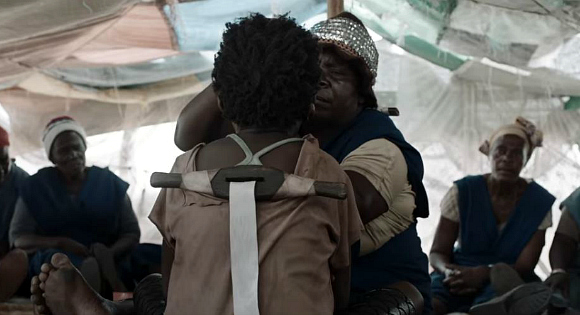 What makes this repetition mesmerizing, beyond Mulubwa’s beguiling performance, is Nyoni’s confident insistence on crafting detailed and specific scenes that seesaw between faith and fear. We observe a consistently confused but powerful institution, often unsure of what it condones and condemns. Characters are so caught up in the charade that their irrationality feels far more comfortable than common sense.

The film’s use of humor is pitch black, often leaving moments to hover and dissipate, daring the audience to sob or giggle. In Shula’s first appearance, she dons a shirt emblazoned with the hashtag #BootyCall, a silly nod to the randomness that will follow, but also a sincere stab at the dangers that will soon engulf her immature body. Similarly double-edged images flash through the remainder of the film, keeping Nyoni’s tone just off-kilter enough to lift Shula’s predicament from plunging into utterly unwatchable despair. Even the cruel system that relentlessly abuses Shula has moments of odd levity; her guide through much of the proceedings is an awkwardly grandiose government official, Mr. Banda (Henry B.J. Phiri), whose revolting opportunism both adds to the hopelessness and the humor. 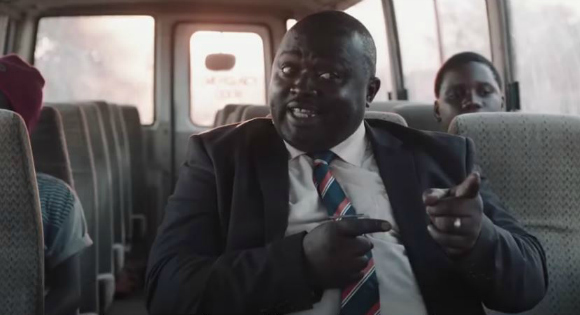 But the heart of this bleak fable lies in the witch camp where Shula is sent both for protection and incarceration. The film’s opening moments show this camp, a mashup of fact and fantasy, where tourists stop to blithely take photos of accused witches (many of them far older than Shula). The prisoners sit together with spools of white ribbons tied to harnesses on their backs, attached to heavy pins in order to keep the women from flying off and committing awful, witchy business. These ribbon-tethers are inventions of Nyoni’s imagination, but they serve as potent symbols for the confinement and community that actually occurs in real-life camps. And when Shula arrives and is fixed with her own harness and ribbon, she is ushered into a clan of women who care for her with grandmotherly grace that counteracts the bizarre brutality outside. 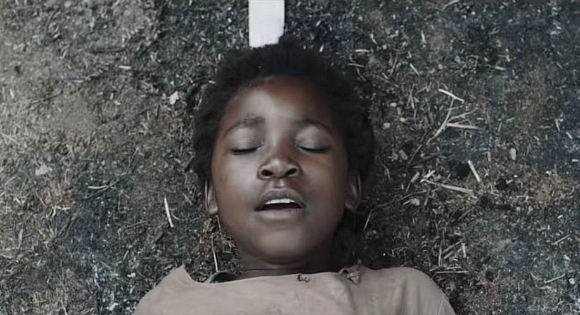 Even with its flights of magical realist fancy, Shula’s story feels simultaneously particular and universal, representative of the archaic ways that any society lords power over feminine bodies and lives, no matter the country. The fact that the violence and misogyny of this tale touches a child gives Nyoni’s message added gravity. And though the film’s final moments shed its alleviating humor altogether, giving way to a vision of brokenness that feels both inevitable and shocking, Nyoni saves the hope for her final image, one that speaks to the ridiculousness, the harm, and the emptiness, but one that also uses the witch camp ribbons in a heart-stopping way that beautifully reveals the true transformative power of Shula’s quiet, uprooted strength. The result is a release that refuses to ignore the cruelty, but also refuses to allow it to have the final say.