Directed by Elizabeth Chomko
A wonderfully human portrait of a family facing a crisis that brings them all to a deeper, richer, and more rewarding life together in love.

Ruth (Blythe Danner) has been married for more than 50 years to Burt (Robert Foster). They live in a condo in Chicago. Their happy life is changing almost daily as she moves into the later stages of Alzheimer's disease. Lately, she has begun wandering. One night she goes out into a snow storm in only her nightgown, gets on a train, and tries to go to her childhood home. Nick (Michael Shannon), her single son who cares deeply about his mother, believes it is time for the family to put her in a memory care facility. 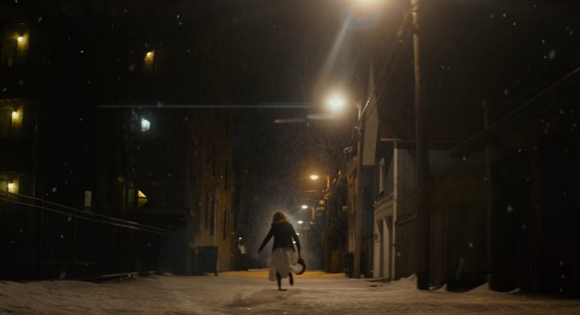 At his urging, his sister Bridget (Hilary Swank) comes in from Los Angeles, accompanied by her daughter Emma (Taissa Farmiga), who has been kicked out of her college dorm for drinking; mother and daughter are not communicating well. Nor does Bridget really know her brother. He resents that she has her parents' power of attorney even though he has been doing the lion's share of caregiving for them. When Nick asks his father why he does not have the power to make decisions, Burt says that he is irresponsible and has only been able to land a job as a bartender. In fact, Nick owns a bar.

Bridget has also been wounded by her father, and to please him married Eddie (Josh Lucas) when she was very young. Out of anger over Burt's authoritarian ways, both of his children have left the Catholic Church, which provides light and meaning for him. 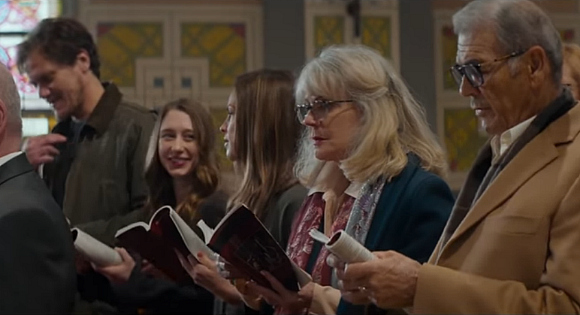 The family all want the best for Ruth and must come to terms with what it means to let go of the woman, wife, mother, and grandmother they once knew. For Burt, it is all about commitment. He refuses to give up his role as primary caregiver: "Love is commitment, for better or for worse, in sickness or in health, 'til death do us part. That's the promise. . . . You can't take my girl away from me."

Still, in their hearts the family knows that they need to make a change. At mass, after the priest passes by sprinkling holy water, Ruth says aloud, "Is it raining in here?" Throughout the story, an unusual mix of humor and sadness helps heal the heartbreak in the family as they witness Ruth's vulnerabilities and limitations. 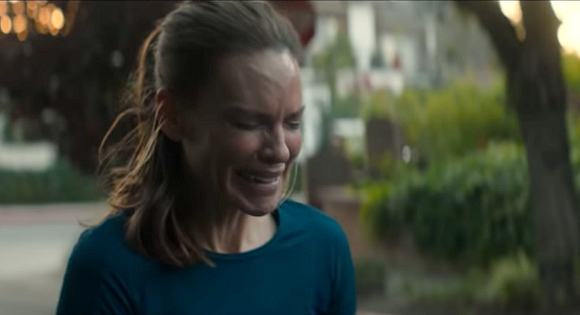 Burt's struggle to come to terms with his and Ruth's future is mirrored by the other family member's reevaluations of their situations. Nick is challenged to resolve a long-term relationship as he also learns not to exclude anyone from his heart, even those family members who have not respected him. Bridget confronts the unhappiness in her marriage, and Emma faces her feelings about returning to college. Grieving situations often catalyze both courage and patience to deal with changes that are on the horizon. Inner work follows the outer work of letting go.

What They Had is a wonderfully human portrait of a family facing a crisis created by circumstances beyond their control. In such situations, things can go a lot of different ways. Watching the film, we can imagine different scenarios that could drive these characters further apart or together in caring ways. One by one, as the story resolves itself, we see the foundations laid for their deeper, rich, and more committed life together in love. 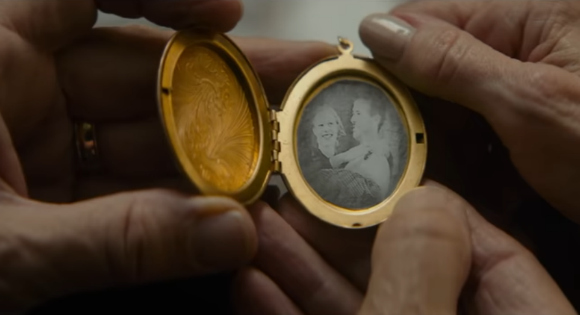 Through it all, they become teachers of the spiritual practice of letting go. We are reminded of these questions posed by Buddhist teacher Brenda Shoshanna in Jewish Dharma:

"What are you demanding of others that they cannot fulfill? Let one of those demands go right now.

"Who are you holding on to in your life who needs or wants to go? Can you stop clinging so tightly and give that person freedom to be who he is?

"Trust that what is for your higher good will come to you naturally."

Losing My Mind: An Intimate Look at Life With Alzheimer's by Thomas DeBaggio is a courageous account of a 57-year old former journalist and a nationally known expert on herbs about his battle with this dread disease. The author mixes reflections of his past life as an Iowa farm boy with medical records and dispatches from his increasingly confusing and difficult existence. In our review, we noted:

"The author compliments his deaf cat Sabrina for being such a stalwart companion during his deteriorating days. 'I am running after thoughts all day. Ideas evaporate like snowflakes on a hot tin roof.' These courageous dispatches from the center of DeBaggio's besieged life elicit our respect and compassion. By the end of the book, his memories of each twenty-four hour day are obliterated immediately."

Tears in God's Bottle: Reflections on Alzheimer's Caregiving by Wayne Ewing provides keen insights into the power of prayer and the purgative value of sorrow and loss. In our review, we wrote:

" 'O God, who weeps in the truth and pain of separation and loss, may You find my tears equally holy, and so lift me into Your heart. Amen,' prays theologian, poet, and former pastoral psychotherapist and Episcopal priest Wayne Ewing. In this heartfelt and inspiring devotional work, he explores the spiritual challenges he experienced as a caregiver for his beloved wife Ann, a feminist therapist who was diagnosed with Alzheimer's disease at age 55. Using passages from Scripture and a series of cogent prayers, Ewing demonstrates how 'faith grows in the besieged environment of caregiving.' He shows how the rich resources of the Christian faith can be marshalled in times of great crisis to provide meaning, healing, and wholeness."