Directed by Bryan Singer
A biopicture that is all about the music of Queen and lead singer Freddie Mercury.

Since the 1960s, youth have staked out their own mini-societies, a varied and complex substratum of cultures. Rock music has been a key medium of communication among youth and a major way of understanding their genuine hopes, fears, beliefs, and values. Popular music both shapes and reflects the soulscape of our times, and we always welcome opportunities to reflect on just how that happens.

Bohemian Rhapsody covers the formation of the English rock band Queen in 1970 and runs through their fantastic Live Aid performance in 1985 when lead singer Freddie Mercury gives a thrilling demonstration of his energy, vocal talents, and signature ability to involve audiences on a deep and primal level. 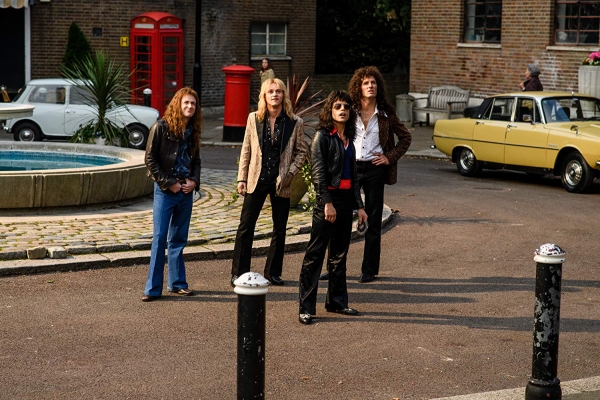 This is a biopicture so, as you'd expect, it gives us insights into Mercury's life (a riveting Oscar-winning performance by Rami Malek). In a London bar, he meets people who will be central to his career: Brian May (Gwilyn Lee) and Roger Taylor (Ben Hardy), members of a unknown band who need a new lead singer. Later they are joined by bassist John Deacon (Joseph Mazzello) and name themselves Queen.

Around the same time, Mercury meets Mary Austin (Lucy Boynton) whom he calls "the love of his life." He gives her a ring and they move in together. But after he's been on tour, he admits to her that he is bisexual. Her nonjudgmental response is touching, but she does move out to a house nearby. Still concerned about and committed to each other, they remain friends for life. 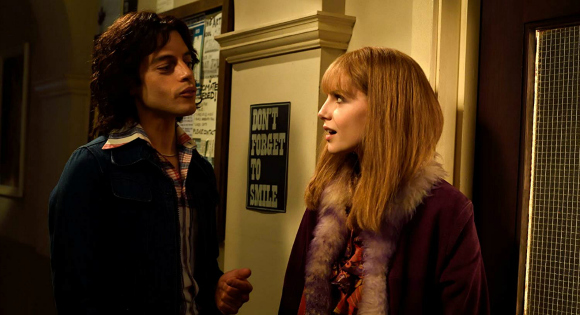 There are challenges over the years for the band. Always wanting to experiment, mix musical genres, and cross boundaries, Queen runs into resistance from their record company. A hilarious scene recreates the reaction of one music executive to the lyrics and style of "Bohemian Rhapsody," which will become their greatest hit. Although Mercury is seen by the public as the star of the group, he and the others try to spread out the songwriting credits.

Their relationships are further stressed when the press becomes obsessed with Mercury's private life. During one period, he goes off to record on his own and becomes more involved in the gay community, hosting wild booze-fueled parties. But before the Live Aid concert, the group reconciles. Mercury tells the others that he has AIDS but asks them to keep this news private. "I don't have time to be their victim," he says. In his remaining days, he just wants to be a performer giving the people what they have come to expect from Queen. 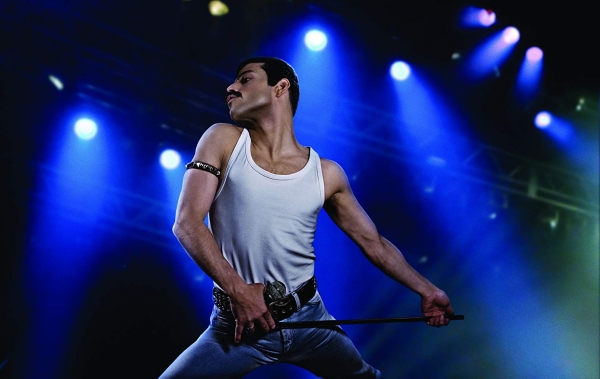 Some film and rock critics have attacked this biopicture for what they see as a shallow treatment of the band. They also point out that the screenplay shies away from any genuine exploration of Mercury's homosexuality and the gay sensibility he brought to popular music. None of this carping seems to have made much difference since Bohemian Rhapsody has already grossed over $600 million worldwide, making it the highest-grossing musical biographical film of all time.

And perhaps biographical thoroughness is not really the point of the film. It's really all about the music. What the film captures are the roots of this band's popularity and success. They had 18 #1 albums, 18 #1 singles, and 10 #1 videos worldwide. Their performance at Live Aid is considered one of the greatest live performances in the history of rock music. They were inducted into the Rock and Roll Hall of Fame in 2001.

"Magic is a word with endless interpretations, of which possibly the most accurate might be the least binding. Perhaps magic merely means forces as yet undefined, or uncategorized. And finding magic may require an ability to look within rather than outward."
— Elizabeth Pepper

Bohemian Rhapsody catches the magic in Queen's music. It isn't just the genre-expanding sound or the evocative lyrics. It isn't just the virtuoso guitars and pulsating drums or Mercury's voice spanning nearly four octaves. It is also the way they involve their audiences in the concerts. The key word in the concert favorite, "We Are the Champions," is "we."

We admit that we hesitated seeing this movie. We were not sure that we wanted to know the back-story of the band, learn about any squabbles among them, or see what led to Mercury's tragic death of AIDS at age 45. But we went to be reminded of the gift their music has been to us. And we're grateful we did.