Directed by Josie Rourke
A fascinating costume drama propelled by a poignant performance by Saoirse Ronan.

Josie Rourke, in her screen directorial debut, has delivered an appealing and rigorous historical drama centered around bold and strong-willed women rulers who must contend with the male chauvinists determine to control, if not destroy, them. The conflicts between the Queen of England and the Queen of Scotland in the sixteenth century are spelled out in a tantalizing screenplay by "House of Cards" developer Beau Willimon from John Guy's biography Queen of Scots: The True Life of Mary Stuart. 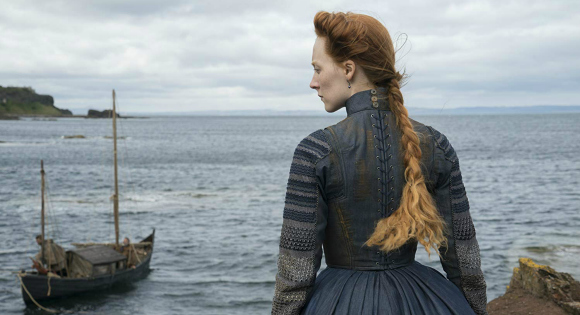 Saoirse Ronan gives the best performance of her brief career as a feisty, creative, and courageous 18 year old who after spending her childhood in France, arrives in Scotland in 1561 as a widow. She is pleased to be reunited with her half-brother (James McArdle) and angered when she is scorned as a Catholic heathen by Protestant cleric John Knox (David Tennant). She takes her place as Queen and sets about finding a husband so she can produce an heir. 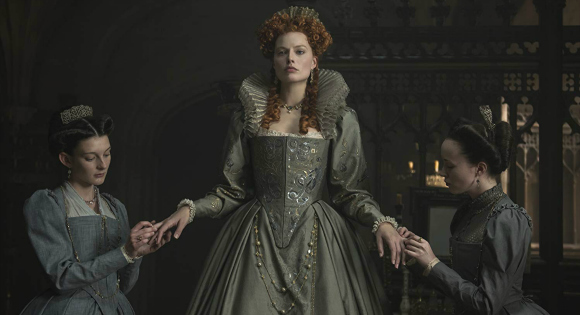 Mary's rise to power irks her cousin, Queen Elizabeth I (Margot Robbie), who in England is also being pressured to marry or at least name an heir. When Mary gives birth to a little boy, the succession issue becomes more critical. It is fascinating to watch Mary operate as a woman arrior – plying her political savvy to sex and marriage to Lord Darnley (Jack Lowden); maintaining an uneasy relationship with her half-brother; establishing a friendship with David Rizzio (Ismael Cruz Cordova), a bi-sexual; and enjoying her emotional ties with her adoring ladies in waiting. But in the end, after court intrigues, murders, and exile, there is only one person who can save her. In their only face-to-face encounter, the two queens give us lessons in the limits of sisterhood.

R - some violence and sexuality