Directed by Asghar Farhadi
A family drama that explores the long-term effects of family secrets.

"We cannot undo our old mistakes or their consequences any more than we can erase old wounds that we have both suffered and inflicted, but through the power that memory gives us of thinking, feeling, imagining our way back through time we can at long last finally finish with the past in the sense of removing its power to hurt us and other people and to stunt our growth as human beings."
— from Telling Secrets: A Memoir by Frederick Buechner

The Iranian film-maker Ashgar Farhadi is intrigued with memory, secrets of the past, and the power of old wounds to hurt us and bring us down. He has won Academy Awards for A Separation and The Salesman, and with this subtle and enlightening film, the director opens many new doors in his ongoing exploration of time and the many mysteries of human nature.

The setting for Everybody Knows is a beautiful small town in Spain not far from Madrid. A large group of relatives have gathered for the wedding of Ana (Inma Cuesta) and Joan (Roger Casamajor). Her sister Laura (Penelope Cruz) has come all the way from Argentina with her two children, young Diego (Ivan Chavero) and 16-year-old Irene (Carla Campra). Laura's husband, Alejandro (Ricardo Darin), has stayed behind for business reasons.

The most charismatic and colorful character at the wedding is Paco (Javier Bardem) who is married to Bea (Barbara Lennie). They run a wine-producing estate which used to be owned by Laura's family. He was in love with Laura when they were both teenagers, and her family still harbors some negative feelings about her sale of the estate to him. 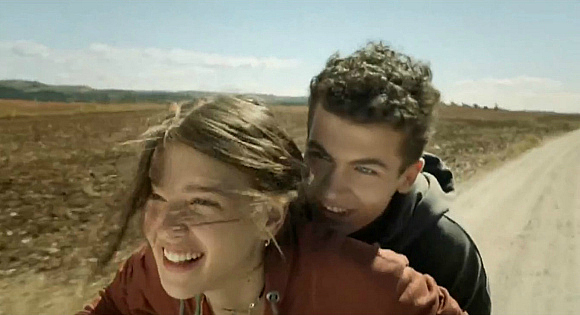 The one who seems to be the most energized by the excitement of the wedding is Irene. She sneaks up to the top of the town's bell tower and flirts with an earnest boy who is shocked by her wild behavior. Then after the celebratory ceremony, the drinking and the dancing, the camaraderie and the high spirits, fear and chaos descend upon the place when Irene is kidnapped. Those who took her demand ransom money, which Alejandro and Laura do not have.

Family secrets always trip people up — "everybody knows" is a double-edged sword — and the divisive issues here have to do with money, sex, and land. Although some will no doubt be upset by writer and director Farhadi's fascination with such melodramatic themes, we were quite enchanted by his polished and layered handling of them, along with the top-drawer performances by Javier Bardem and Penelope Cruz.