The Boy Who Harnessed the Wind

Directed by Chiwetel Ejiofor
A tribute to a creative, determined, and compassionate African boy.

This touching and ethical film has been written and directed by Chiwetel Ejiofor who has adapted the true story of William Kamkwamba (Maxwell Simba), a 13-year-old boy in Malawi who counts among his virtues curiosity, a hunger for book learning, a fascination with making things, and a deep love and respect for his parents, Trywell (Chiwetel Ejiofor) and Agnes (Aissa Maiga). He admires his family's perseverance as they try to raise corn in fields made rock hard by drought. And he deeply appreciates their sacrifices so that first his sister Annie (Lily Banda) and now he can go to school. But when the family's meager finances are depleted, William has to leave school. 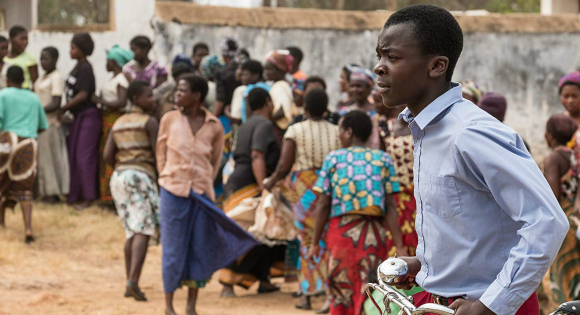 Like the resilient six-year-old girl in Beasts of the Southern Wild who is forced to find a way to survive after severe floods destroy the Bayou area where she lives, William is a clever little boy who creates toys out of materials found in a local scrap yard. Mostly self-taught, he sees things that others miss. After he has to give up science class, he finds a way to gain access to the school's library. When his family and community face famine, he researches ways to use wind — which is plentiful in their area — to create energy to pump needed water. 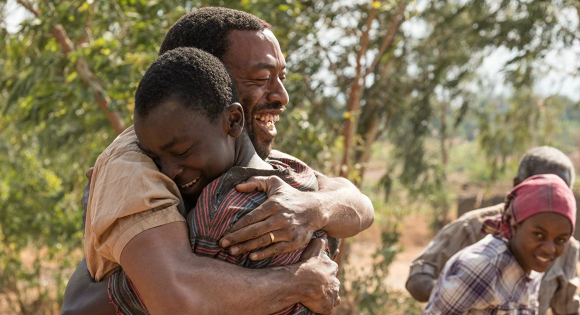 Ejiofor, an Academy Award nominee for 12 Years a Slave, does a salutary job depicting the formidable obstacles which hinder William's altruistic impulses, including a dangerous dose of violence at a political rally, scary times when he and his family are reduced to having one small meal a day, and the terror of crowds of starving Africans chasing after government vehicles filled with grain. Perhaps his greatest challenge is convincing his friends and his father that his idea will work.

The Boy Who Harnessed the Wind joins a group of highly admired and cherished films about the art and soul and selflessness of resilient people — both young and old. They are an inspiration to us all.