Directed by Steve McQueen
A sobering drama about racism and slavery that will sear your soul and set you thinking about the shadow side of American history.

The United States needs to wake up to the reality that many of its major problems are the culmination of a long history of denial and forgetfulness. The violence, prejudice, and racism in the nation's past has become invisible to many Americans, and without seeing and acknowledging these patterns, the country cannot move forward. The writer Henry Miller wrote: "The full . . . acceptance of the worst in oneself may be the only sure way of transforming it." The same goes for a nation. To accept the shadow dimensions of American history is to come face-to-face with the dehumanization behind this 250-year nightmare: rapacious business men seeing slaves as property, societal attitudes that blacks are subhuman, and the resulting abrogation of human and civil rights for slaves.

Can we accept the bigot within us? Can we acknowledge our complicity in allowing the hostile imagination to flourish in our culture? Can Christians repent for the vicious racism of fellow believers and the use of the Bible to justify hatred of the slaves? Dare we admit that we are responsible in many indirect ways for the 27 million slaves in the world today, more than were ever seized from Africa in the 400 years of the slave trade? It is high time we come to grips with the forces and attitudes that keep us from being fully human on both a national and a private level.

Steve McQueen's first two films forced us to confront two thorny ethical issues. Hunger was a harrowing film about the hunger strike of IRA prisoner Bobby Sands and Shame is a riveting portrait of a sex addict who is very set in his habits and philosophy. Both men are seeking, in their own ways, the grail of freedom. And that is what animates McQueen's 12 Years a Slave based on the true story.

In 1841, Solomon Northup (Chiwetel Ejiofor) is a free black man who lives in Saratoga, New York with his wife Anne and their two children. While his family is away from home, two men offer Solomon a job in a traveling circus playing his violin. Always in need of money, he decides to go along with them. In Washington, D.C., they get him drunk in the evening and the next day he finds himself in chains in a dark room. When Solomon claims to be a free man, he is beaten by a furious racist. Solomon is taken to a boat where he and other kidnapped blacks are transported to Louisiana.

One of the other captives tells him that the key to survival is to keep quiet, never tell anyone his real name, and hide his ability to read and to write. Solomon protests: "I don't want to survive, I want to live!" But survival will take all his wits and courage as he enters a hellish milieu of astonishing hatred, brutality, and physical punishment. In New Orleans, Theophilus Freeman (Paul Giamatti), a New Orleans slave trader, humiliates the naked slaves up for sale, making it quite obvious that the women are seen by prospective buyers as sexual playthings. He tells Solomon his name is now Pratt.

Pratt and Eliza (Adepero Oduye), a young mother who is separated from her two children, are purchased by William Ford (Benedict Cumberbatch). His value is obvious to this plantation owner when he comes up with a way to increase profits by delivering lumber through a canal instead of by land. But ignoring the advice that he should not stand out from other slaves has consequences. Pratt's favored status draws out the enmity of John Tibeats (Paul Dano), the field boss. He taunts Pratt and when the slave fights back, Tibeats returns with two men and they hang him from a rope on a tree. He is forced to stand with the rope around his neck for hours until Ford cuts him down. In a sad and shocking scene, we watch him struggle to stay standing as the other members of the slave community go about their business and ignore his plight.

Ford is forced by debts to sell Pratt to plantation owner Edwin Epps (Michael Fassbender), a mercenary businessman who whips slaves who don't meet the quota of the day picking cotton. Much to the anger of his jealous wife Mary (Sarah Paulson), Epps is regularly having sex with Patsey (Lupita Nyong'o) who is the fastest cotton picker. Still dreaming of freedom and a reunion with his wife and children, Pratt's hopes are lifted when Samuel Bass (Brad Pitt), a vagabond Canadian abolitionist who is working on a new building on Epps's plantation, listens to his story of 12 years of slavery and promises to help him.

The spiritual practice of shadow encourages us to recognize and deal with those parts of ourselves that we find to be despicable, unworthy, and embarrassing — our anger, jealousy, pride, selfishness, violence, and other "evil deeds." Shadow work is essential for the soul health of both individuals and communities. 12 Years a Slave can catalyze this important spiritual work. It compels us to confront the toxins of racism that have been so prevalent in our psyches and in our history. McQueen and screenplay writer John Ridley refuse to let us off the hook in their probing portrait of slavery and its twisted prejudice and unrelenting cruelties.

Chiwetel Ejiofor puts in a towering performance as Solomon Northup/Pratt. He incarnates for us all the love of freedom and the unquenchable yearning to return home again. Will Americans allow this sobering movie to speak to their hearts and help us begin the inner work of accepting the national shadow of racism and slavery? We can't answer that question for others, but we can tell you that 12 Years a Slave seared our souls and left us stunned in the face of so much heartless cruelty. 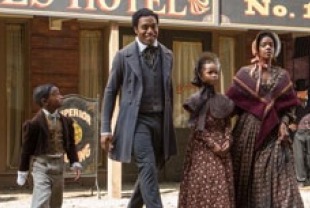 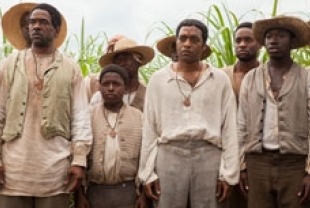 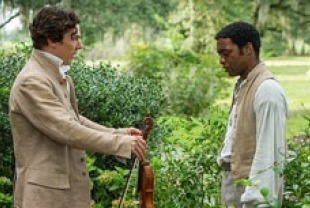 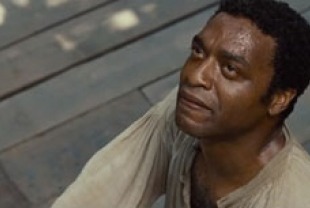 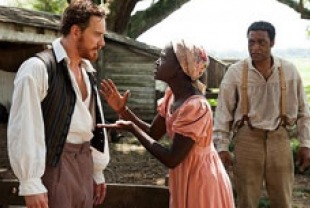 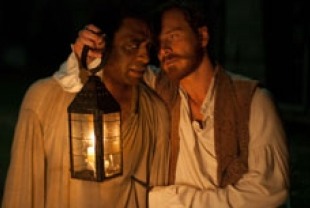 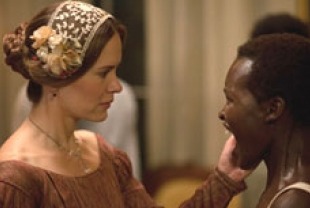 The Sins of Scripture