Directed by Sean Hanish
An ethically rich drama about asylum law and the uplifting emotion of elevation.

Judy Wood is a highly respected activist in Los Angeles who has been practicing immigration law for more than 30 years. She earned the nickname "Saint Judy" from the many women and men who felt she saved their lives by her dogged diligence in cases involving deportation. Or as a profile on a March 3, 2019, segment of CBS News put it:

"The one thing everybody says about Judy Wood is that she never gives up. Maybe she's no saint, but she certainly seems to have found her calling."

" 'I think that, if you have faith, and you do what's right, and you keep doing it, and you give your life to it, you will succeed,' she said. 'You will change the nature of life on the planet. I really believe that.' " 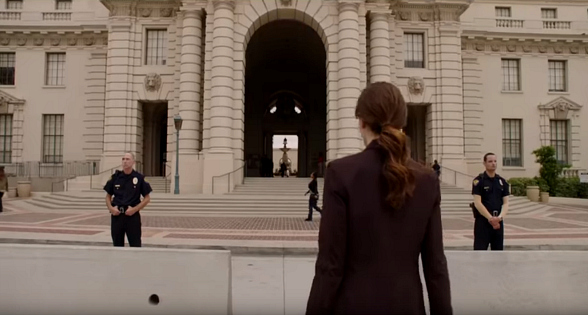 In this ethically rich and emotionally literate film directed by Sean Hanish, Emmy-nominated Michelle Monoghan gives the best performance of her career. She plays Judy Wood, a smart, sassy, and zealous lawyer who has left her work as a public defender and moved with her son to Los Angeles. She goes to work for Ray Hernandez (Alfred Molina) who has file cabinets filled with immigrants' cases everyone considers "lost causes."

Wood's first client is Asefa (Leem Lubany) who has been drugged while being held in a detention center. She was an activist in Afghanistan who started a school for girls and during a protest march was taken away by the Taliban. After release she sought asylum in the United States. After getting her off the drug treatment and listening to her story, Wood decides that her case to stay in the country can be won. But when they go before a sensitive immigration judge (Alfre Woodard) and the government's counsel (Common), things do not go as well as everyone had hoped. 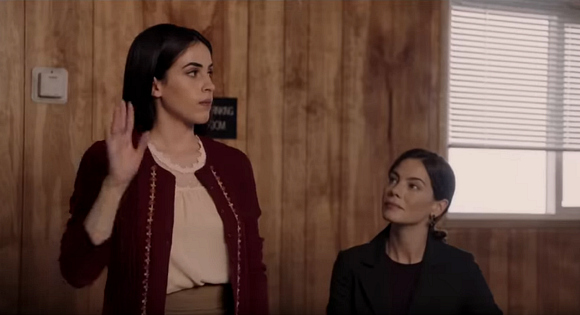 Word gets around about Wood's kind-hearted and compassionate treatment of clients and soon she has more than she can handle including a man escaping Taliban persecution for his unorthodox religious beliefs, a child soldier with PTSD, a licensed doctor working in a food truck because he doesn't have a work visa, and a father torn apart from his family. Meanwhile, Ford has her own private battles to deal with — her sarcastic ex-husband's influence over their son and not having enough money to pay her office bills. As in her cases, she perseveres with hope that things will eventually turn out all right.

Each us has experienced the emotion of elevation. It is activated in us when we are stirred or deeply moved by the good deeds of others. There are many examples of this from seeing a person on a train give their seat to an elderly person, volunteers collecting food for the homeless, or a lifeguard saving a drowning person. While attending to these acts of caring our hearts brighten up, and we can feel glad and relieved.

In "Wired to be Inspired" in Greater Good Magazine, Jonathan Haid states:

"I believe we cannot have a full understanding of human morality until we can explain why and how human beings are so powerfully affected by the sight of a stranger helping another stranger. For the past several years. I have studied this feeling, which I call 'elevation.' I have defined elevation as a warm, uplifting feeling that people experience when they see unexpected acts of human goodness, kindness, courage, or compassion. It makes a person want to help others and to become a better person himself or herself."

We had feelings of elavation while watching Saint Judy. It was refreshing to see them affirmed by Haid and not labelled as sentimental, sappy, or trivial. The earnest and sobering screenplay by Dmitry Portnoy vividly shows how Ford's passion and kindness is "caught" by others, including her boss Ray who gets back in touch with the radical concern for others he acted upon in his youth. Also transformed by elevation is the counsel on behalf of the state who comes over to Ford's perspective. 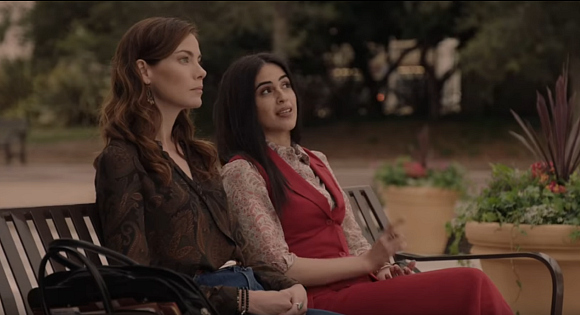 We felt elevation when we realized the far-reaching impact of Wood's arguments in Asefa's case. If she is able to establish that although women are not a minority or recognized as a protected class that is routinely given asylum, when they are persecuted for standing up for the rights of women, they are deserving of asylum as political activists. Our hearts jumped when we realized that a win in this complicated case could change the future for women all over the world.