Directed by Todd Douglas Miller
A well-done documentary about the American space mission that made astronaut Neil Armstrong the first human on the moon.

On May 26, 1961, President John F. Kennedy announced before a special joint session of the U.S. Congress the ambitious goal of sending an American to the moon. In an unprecedented response, the politicians came together across party lines to provide the needed money to NASA. Of all the technological accomplishments of recent American history, this Herculean effort of the astronauts, engineers, scientists, NASA officials, politicians, and journalists stands out as a hopeful sign that the country can once again move beyond divisiveness to accomplish an inspiring and challenging project together. 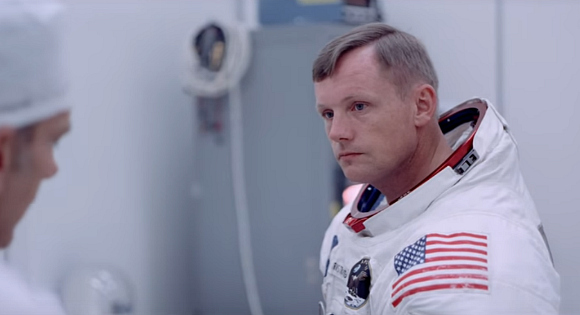 Many viewers of Apollo 11 will find themselves crying tears of joy at dramatic moments in the film, such as the lift-off of the spacecraft, the accomplishment of a number of potentially perilous tasks in outer space, Armstrong's first walk on the lunar surface, and the safe return to earth. Best of all is the mutual applause given to the three astronauts and the thousands of scientists and technicians who supported each other every step of the way.

In this mission to the moon, America downplayed individualism and saluted the spiritual interdependence and teamwork of all involved. Here are some spiritual points, questions, and ideals which emerged from our experience of this documentary.