Directed by Allison Klayman
Portrait of political operative Steve Bannon who presents himself as a rough rider on the right side of history.

This brisk documentary is directed by Alison Klayman (Ai Weiwei: Never Sorry) and covers a period in the life of Steve Bannon, the former Trump campaign manager and advisor, from his exit from the White House in 2017 to the midterm elections in 2018. Even after his fall from glory, this cocky political wizard (some would call him a political lizard who stays alive by spewing fear, hate, and racial slurs) demonstrates for the mainstream media that he is a survivor who keeps reinventing himself. 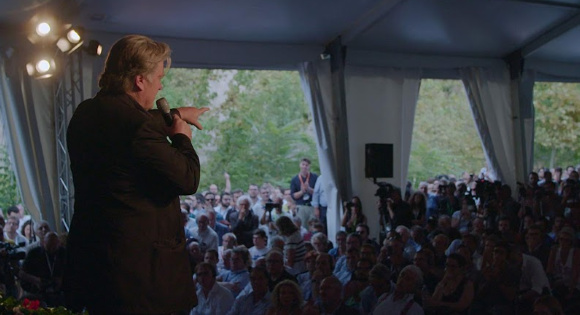 For those interested in following his latest political excursions, The Brink provides vivid and personally revealing sides of Bannon. Visiting a Nazi concentration camp, he says he is amazed at the "precision engineering" for mass murder that happened in that "haunting" place. At political meetings, he tries to come across as just a regular guy by making self-deprecating comments about his weight problem and calling others "dude." A man of contrasts, in public he seems to be an easy-going leader and in private he verbally attacks two of his underlings for not doing their jobs right and meeting his high standards. We see him talking about his victory with the Muslim travel ban, his concern over what immigrants are doing to the U.S. and other countries, and his commitment to "economic nationalism." Questioned about his racism, he declares, "Hate is a motivator. Anger is a motivator."

The most interesting and fully developed examination of Bannon's latest mission revolves around his efforts to promote "a unified, populist agenda" among European nations. He wants to recruit far-right nationalist politicians into a supergroup he calls "The Movement." How does he characterize it? "It's a global revolt. It's a Zeitgeist. We're on the right side of history." 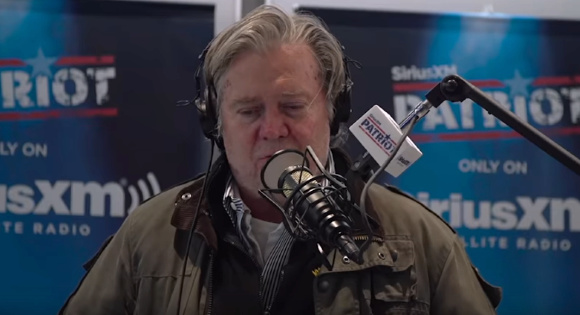 Some of the optimism of this right-wing celebrity is dashed when the Republicans lose control of the U.S. House of Representatives in the midterm elections, but it is a given that Bannon will keep hard at work for old-school Christian democracy.

Bannon's strong views about nationalism and patriotism are not original. Here are ways some wise men have responded to these ideas in the past.