Directed by Christian Petzold
An elusive but effective exploration of migration and liminal space.

The unique strength of auteur Christian Petzold’s style is his ability to start with a seed straight out of genre cinema (be it thriller, science fiction, film noir, mystery) and then expand that seed into a meaningful meditation that stretches far beyond the traditional limits of each genre. His Yella finds it roots in the life-after-death scenario of zombie classic Carnival of Souls, and blossoms into a deep exploration of capitalistic opportunism run amok. His Barbara feels like a spy thriller about to burst through a slow-churning domestic drama. Both his Jerichow and Phoenix feel like old Hollywood potboilers, complete with played-out tropes and demanding leaps of imagination, but both end up feeling much more socially significant than mere soap operas. 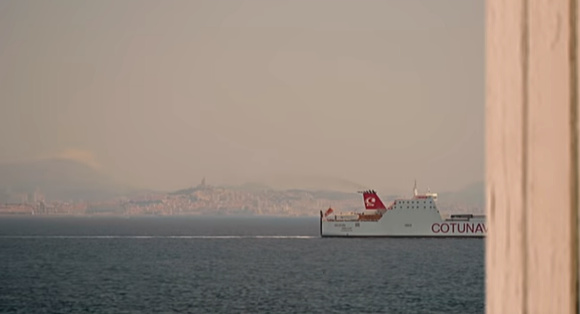 So it’s no surprise that Petzold’s latest experiment in form and content, Transit, adapted from Anna Segher's 1942 novel, feels both familiar in its stock conceits and utterly surprising in its ethereal execution. This puzzle box of a film, on the surface a simple story of refugees stalled in an occupied, purgatorial Marseille while they await transit to their next stops on their journeys, becomes a psychological thriller in which the threat is the existential rot that takes over when people are left to await their fates in liminal spaces that leave them homeless, and therefore, directionless. 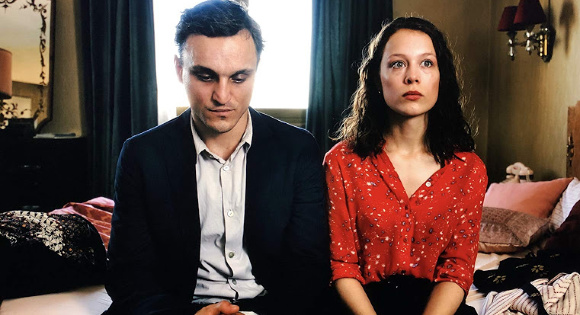 The true plot of Transit is not only difficult to decipher, but also not the main point. Fascism is closing in, and Georg (Franz Rogowski), a German refugee, flees to Marseille, traveling with the transit papers of a dead writer whose identity he has assumed, thinking it might be his ticket out of France. While learning the ropes of the refugee communities around him, Georg has several chance encounters with an elusive young woman, Marie (Paula Beer), who is searching for her husband. The identity of Marie’s husband and the details of how that reveal intersects with Georg’s plan is one of the film’s mysteries, but Transit’s power doesn’t rely on spoiler-vulnerable twists. The particular secrets of the story itself are potent, but Petzold is more interested in exploring questions of place, belonging, community, motion, and stagnation than he is in merely relying on common genre cliches. Often, the film feels like it could have been made in the style of a Hollywood action thriller, but its mood and volume rarely rise above a quiet, melancholy sigh. This humming tension adds more excitement than actual action ever could.

The added formal risk that Petzold takes is to update Segher’s novel from the 1940s to a strangely anachronistic present. What results is a strange in-between style that reflects the liminal states of the characters. It is both a history lesson and a commentary on the current refugee crisis, a period piece and a contemporary manifesto. If this sounds confusing and disorienting, that seems to be at least part of the point. Petzold wants his audience to feel as clueless, desperate, and hopeful as his characters, and this desire often manifests in stretches that take a while to completely comprehend, but which also digs under the skin in unexpectedly haunting ways. 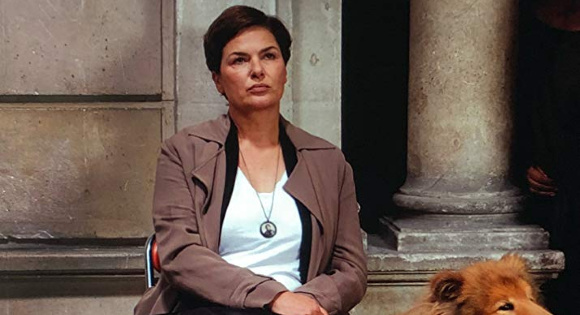 Petzold specializes in entertaining while he educates, and thankfully, Transit is chock-full of his characteristically exciting lessons, complete with performances and austerely beautiful cinematography that make this migration well worth the effort. The refugee community that Georg meets in Marseilles is filled with colorful, mournful personalities, including a suspicious doctor, a grieving mother and son, and a single woman whose silently rash response to her own waiting period becomes one of the film’s most potent and mysterious moments.

Every one of these people is struggling to connect in a space where a threat looms in every corner, yearning for a heaven-like freedom while beating their fists and heads against hellish walls. Bonds and betrayal bubble to the surface. Flashes of collective collaboration and fearful fighting rise and fall in ways that seem both unexpected and inevitable, but always true to the characters. This keeps the film from being a mere intellectual genre exercise and raises it into the realm of an oddly human tragedy of shifting manners, a curious interrogation of what it means to be free, both individually and collectively. 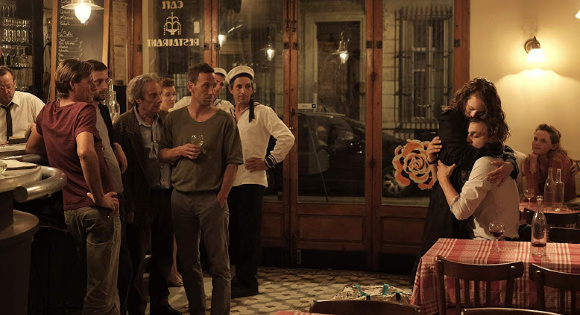 Like any authentic immigration story, the film doesn’t so much end as it pauses at a crossroads. As the ironic and bombastic strains of Talking Heads’ “Road to Nowhere” kick in, some audiences might be left cold, as Petzold refuses to let sentimentality weigh down the uneasy realities of Georg and his fellow migrants. But the film’s themes and enduring questions linger long after the strained singing fades away.

Transit is not only about history repeating itself, but also about how the faded spirits and human-made pitfalls of history are swirling around every action we take, no matter how far we might feel from the tragedies about which we merely read. The only road away from nowhere appears to be a spiritual renewal of community, one that helps all to move freely past their own walls and the walls built by society, journeying toward a communal transformation that transcends borders and nations. Petzold shows us several versions of a roadmap, and entertains along the way, but his film refuses to give simple directions. It’s left up to the rest of us to figure out how to uproot our stagnation and create new paths toward freedom for all.