Directed by Christian Carion
A throttling study of the toxic dynamics of anger.

Anger is an emotion that separates; it cuts us off from others and causes internal pain as well. It can spawn guilt and mutate into resentment, a long-term destructive emotion. Cold anger settles into our psyche and hardens our hearts. Its toxic side-effects pervade our words and deeds, often spreading like poison into the lives of those around us. 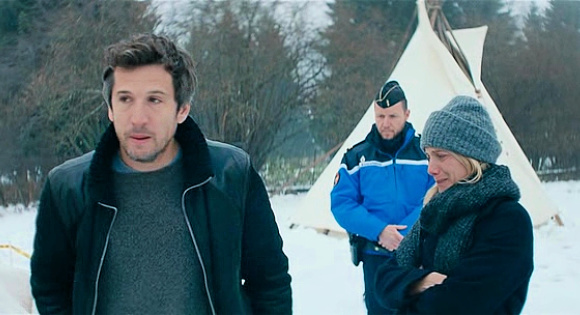 Julien (Guillaume Canet) is a very busy man who has done construction work in Nigeria, Senegal, Mauritania, Mexico, and Iran. He still carries a large burden of guilt around for having abandoned his wife (Melanie Laurent) and son some years ago. Now he has taken the first flight home to France after learning that his son is missing. Julian is not a patient man and seems used to having what he wants when he wants it. Grilled by the local police, he grows more and more irritated by what he considers to be their amateur and laid-back efforts to find his boy.

Julian's rage comes to a head and boils over after meeting and listening to his wife's new partner (Olivier de Benoist). He beats the man savagely leaving him only a few moments from death. The main investigator does not help the tense situation by saying, "You know what they say when a child has been missing for more than two days: he's dead." Julian sets out to locate his son on his own. This tightly wound French thriller has been written and directed by Christian Carion who impressed us immensely with Joyeux Noel, a 2006 film about a miraculous occurrence on Christmas in World War I when soldiers on both sides laid down their arms and fraternized with the enemy. At the heart of that drama is a deep respect for the positive mystery of the human spirit. The Son, on the other hand, conveys the dark side of anger and all the throttling emotions it tarnishes and sullies.