State of the Union

Directed by Stephen Frears
Ten ten-minute films in which a couple grapples with the difficulties of maintaining an intimate relationship in our hurried times.

Contemporary marriage has its critics — those who would like to change it and those who would like to do away with it altogether. The institution also has its hardline defenders who are convinced that marriage is the best arrangement for long-term relationships. What's changed is the assumption that marriage is the only way to achieve the good life. Even committed husbands and wives are now willing to find their own ways of living their lives together or for all intents and purposes, separately.

Statistics to Keep In Mind

Forty-five percent of all Americans 18 and older are now single, and more than half of them surveyed say that getting married wasn't an important part of growing up and becoming an adult, according to a 2017 Census report. 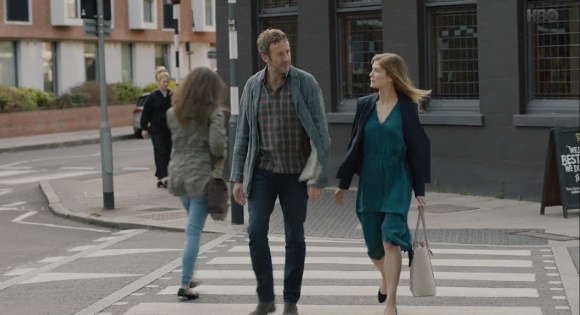 This middle-aged couple are estranged. At the beginning of the series they are still living together for the sake of their kids, but Tom (Chris O'Dowd) will soon move to his own apartment. A writer and rock music critic, he doesn't have any work.

Louise (Rosamund Pike), a successful doctor with a specialty in gerontology, is the breadwinner in the family. After she and Tom quit having sex, she had a short-loved affair. Obstensibly, that's the reason their marriage is in trouble.

Now they are going to a therapist. Every week, they meet at a pub near her office to drink wine and beer and talk about what they might discuss during their session. As they talk about the past and the challenges of the present, they try to come to terms with their anxieties, fears, yearnings, sexual inadequacies, and difficulties communicating. 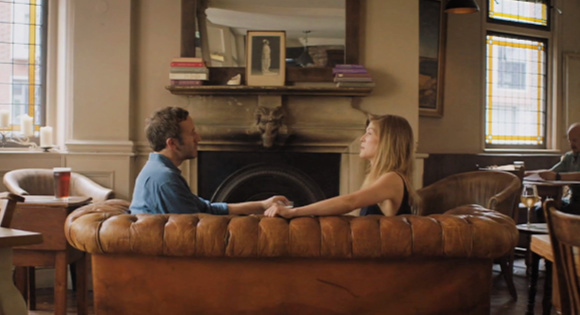 An Experimental Format that Works

Two delights set State of the Union apart from many other marriage-separation dramas. One is Sundance TV's creative embrace of a ten-minute format for each of the ten programs. This structure gives the talented writer Nick Hornby a chance to capture the difficulty of nurturing intimacy in the hurried and harried times of our lives.

The second triumph is the witty and wise direction of Stephen Frears who always demonstrates a magic touch in drawing out the best in actors. Rosamund Pike and Thomas O'Dowd have so much chemistry, you find it hard to believe they are really breaking up. Their conversations are convoluted, quick-paced, and erudite at times, and border on silly at other times. You find yourself seriously wondering if they can pull off a reconciliation, all the while you are cheering them on.