Directed by Max Powers
A documentary that reveals the power of poetry to speak truth to power.

This documentary directed by Max Powers focuses on five members from the Bowery Slam Poetry Club who are competing in the National Poetry Slam in 2016. These African-American, Afro-Hispanic, and queer youth put a lot of energy into their poetic expressions during the ten weeks leading up to the big event in Atlanta, Georgia.

Their coach, Lauren Whitehead, tells them not to try to be nice. Instead, she encourages them to dig deep into their own suffering, anguish, pain, and anger resulting from rape, child molestation, racism, and police brutality. It turns out to be exhilarating for them to speak truth to power as they funnel their fears and rage into ranting. 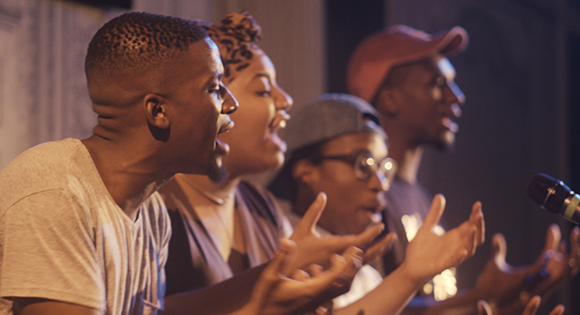 At one point, Lauren advises them, "The living experience is an archive and we can access it if we're bold and brave enough to go there." This wise counsel proves to be a passport to a wide range of memories and feelings which speak to those attending the National Poetry Slam Event. Here poetry as therapy takes its rightful place alongside poetry as prophesy.