Directed by Michael Engler
Sequel to the TV series in which the beloved characters face new challenges and discover new joys.

When Downton Abbey finished its sixth season in 2016, it seemed like all the stories that could be told had been covered and all the relationships that could be formed had been established. The large estate in North Yorkshire had gone through many changes, faced financial ruin, and survived. The marriage of Lord Grantham (Hugh Bonneville) and Cora (Elizabeth McGovern) endured. Their daughters Lady Mary and Lady Edith found love again. Isobel Crawley (Penelope Wilton), Mary's former mother-in-law, married Lord Merton (Douglas Reith). Approving of all these relationships in her own unique ways was Violet Crawley (Maggie Smith). 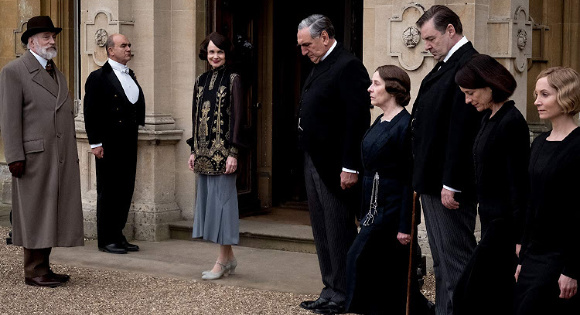 Downstairs, romance bloomed between Mr. Carson (Jim Carter) and the head housekeeper Mrs. Hughes (Phyllis Logan), ladies maid Anna (Joanne Foggatt) and valet John Bates (Brendan Coyle), and cook Daisy (Sophie McShera) and footman (Michael Fox), all to the approval of head cook Mrs. Patmore (Lesley Nicol). At the end of season 6, Branson (Allen Leech) was helping Mary run the estate and had opened a car dealership with Mary's husband (Matthew Goode). And once despised footman Thomas (Rob James-Collier) was promoted to butler. What was there left to have happen in a movie sequel? 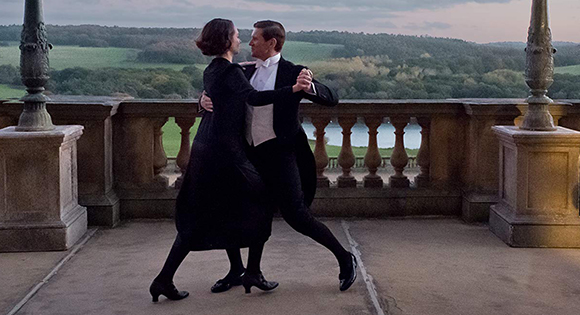 There's always more for a storyline and a set of characters known for their glamorous excess! Downton Abbey, the movie, was written by series creator Julian Fellowes and directed by Michael Engler. The cast is back to entertain us with sweet intrigues, dazzling party scenes, and gorgeous costumes.

It's 1927, a little over a year since the end of the TV episodes, and the family receives news that King George V and Queen Mary will be staying one night at the estate during their tour of Yorkshire. This requires all-hands-on-deck planning and preparations. When Mary becomes convinced that Thomas is not up to the task, she asks Carson to come back and supervise. Mary is concerned about her ability to run the estate, so this event needs to go off well. 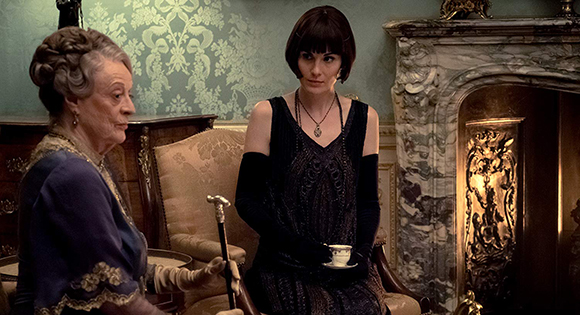 Everybody is disappointed to hear that the royals will be bringing their own staff to tend to them during the visit. Mrs. Patmore and Daisy are especially disappointed to not be able to cook the dinner. But the downstairs folk have always been good at scheming and Anna and Bates come up with a plan to sideline the visiting staff and prepare and serve the dinner themselves.

Meanwhile, Violet has her own scheme to pull off, which as expected, Penelope does not support. In the Queen's company is Violet's cousin Maud Bagshaw (Imelda Staunton), a widow, and she wants to convince her to leave her fortune to Robert instead of to her maid Lucy Smith (Tuppence Middleton). 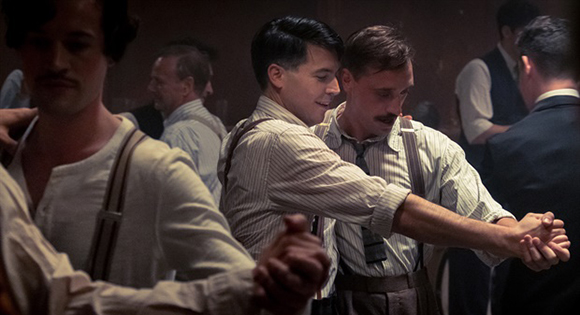 These stories are engaging enough, and fans of the TV series will not be disappointed. It's great to spend time again with these people, who have become more likeable as time passes. But returning to that question we posed at the beginning of this review: What character development is really left for the movie? Hint: The two characters still in need of a love relationship — Branson and Thomas — finally get their chance.