Directed by Michel Ocelot
A French animated film about justice for women.

This French animated film — showing in some theaters, streaming, and on DVD — revolves around a short and soft-spoken little girl from North Caledonia, a French territory in the South Pacific. She's one of the most courteous people you'll ever see on screen. She greets everyone with a gracious bow and the words "It is a great pleasure to meet you." 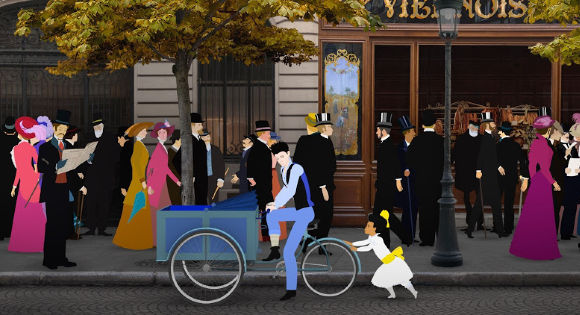 Dilili arrives in turn-of-the-century Paris as a stowaway on a ship. She is immediately taken under the wings of Orel, a kind-hearted delivery boy who seems to know every major figure in French science, art, music, and literature. Among those they visit are Marie Curie, Louis Pasteur, Emma Calve, Sarah Bernharte, Toulouse-Lautrec, Claude Debussy, Auguste Renoir, Claude Monet, Colette, and others.

This spunky mixed-race girl also enjoys touring the City of Light with visits to the Moulin Rouge, the Palais Garnier opera house, famous neighborhoods such as Montmartre and the Grand Boulevards. But she's up to more than sightseeing. She has a mission! As she explains at one point, "Injustice outrages me, and justice interests me." 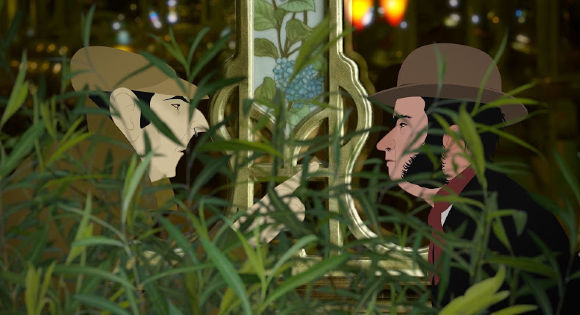 The creative visuals transport us to a strange world where beauty and wit do battle with ugliness and ignorance. A nasty secret society called the Master-Men, angered by women's advances in the modern world, are kidnapping young girls and dominating them in very strange ways. Dilili descends into the underground of the city in a valiant effort to set the enslaved women free.

All those who possess a penchant for the bizarre will find this French animated film enchanting and completely different.

PG - thematic material throughout, some language, peril and brief smoking