It: Chapters One and Two

Directed by Andy Muschietti
A decades-spanning horror fable soaked in trauma and buoyed by friendship.

Though they were released exactly two years apart, the first and second chapters of Andy Muschietti’s adaptation of Stephen King’s famous novel It form a seamless epic that packs nearly 30 rocky years into nearly six terrifying hours. While the sum of these parts is definitely genre fare, even those who typically steer clear of horror might find this exploration of the power of community forming in the face of fear powerfully moving. 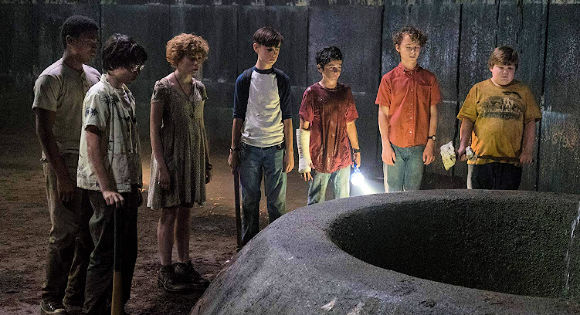 Derry, Maine, has a problem. Every 27 years, mysterious occurrences take place and children disappear. Something lurks in the sewer tunnels beneath Derry’s serene surface and It is hungry. Though the townsfolk seem to have quietly accepted this fate and collectively closed their hearts to exploring how to combat it, 1989 takes a different turn as a “Losers Club” of charming misfits (Jaeden Martell, Jeremy Ray Taylor, Sophia Lillis, Finn Wolfhard, Wyatt Oleff, Chosen Jacobs, and Jack Dylan Grazer) assemble amidst a pileup of new bodies. Each of these youngsters has a deep fear, several of them intensely connected to real-life trauma, and Chapter One benefits from terrific performances from its child actors. As the team turns their individual fears into communal strength, the spiritual power of friendship proves their most valuable weapon. 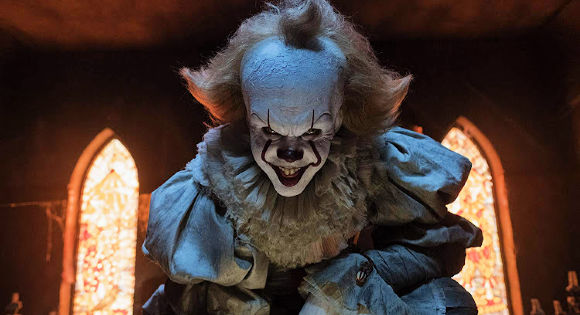 Of course, this is a Stephen King joint, so the evil is twisted, shapeshifting based on individual anxieties, and finding its most potently harrowing form as Pennywise the Clown (Bill Skarsgård). But while the images of Pennywise and of the other shapes the alien evil takes are both effective and awful, Chapter One’s most affecting offerings are images of community triumphing over tragedy. This is not a simplistic exercise in shock, but an epic exploration of societal amnesia and those who would dare to dig deeper into the injuries of the past in hopes of healing the future. 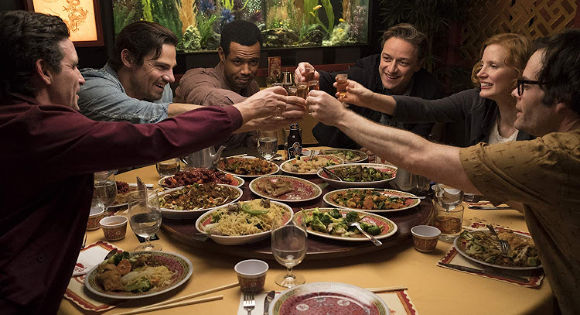 When Chapter Two moves the story forward 27 years to 2016 and It returns to gobble up another round of souls, the grown-up Losers Club (James McAvoy, Jay Ryan, Jessica Chastain, Bill Hader, Andy Bean, Isaiah Mustafa, and James Ransone) return to Derry, each with their own new troubles that trace back to the childhood tortures they thought they’d extinguished. They have drifted apart and must come together again, now basically strangers, despite their shared history. Here, It takes on an added layer, examining the lure of distorted memory and the shoddy stories humans tell themselves in order to maintain their fragile, false comforts.

Chapter Two is more maddening, ickier, and far less nostalgia-steeped than Chapter One, especially since damaged adults are less fun to watch on screen than charming children. But taken together, both chapters feel necessary and appropriately true to both stages of life and to It as cultural criticism. The two parts harmonize with one another, the first a more satisfying film experience, the second a much messier movie, but each needs the other in order to create the authentic experience of It. The past echoes loudly into the shaky present, with the future left unclear and uncomforting. The spiritual potential of a collection of friends working toward a common cause ripples through the entire eerie enterprise.