Directed by Dan Krauss
A chilling and ethically powerful true story that asks why civilian murders keep happening in wars.

Afghanistan in 2009 is the setting for this chilling and ethically powerful true story about a good American soldier struggling to do the right thing and take a moral stand, even though it pits him against others in his unit. 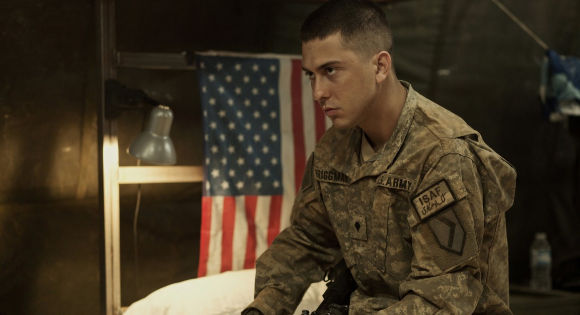 Andrew Briggman (Nat Wolff) has enlisted in the Army and is soon to be deployed to Afghanistan. His father, a Marine who had a desk job during the Iraq war, is proud of him, telling him he is part of a "tremendous thing."

In the dangerous Kandahar Valley, Briggman's Staff Sergeant encourages the team to try to win the hearts and minds of the Afghans, by things as simple as waving, smiling, and distributing candy to children. But when he is killed by an explosive device, the squad questions that approach. 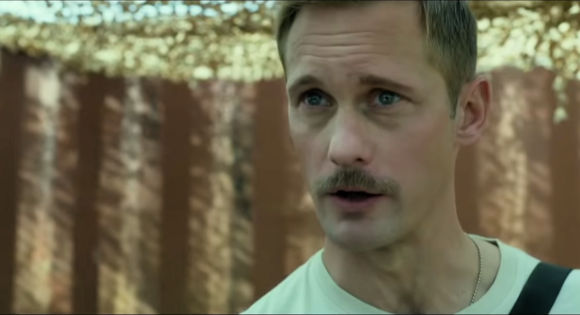 The new Staff Sergeant, Deeks (Alexander Skarsgard), has other priorities. He vows to do anything it takes to keep the soldiers safe and to make them into tough "warriors."

For a short time, Andrew tries to win his favor but he is deeply disturbed by the slaying of an Afghan boy by his platoon. When he exhibits tears, Deeks responds harshly: "We kill people. That's what we do." Terrified by what he is seeing, Briggman phones his father who tells him to keep a low profile while he contacts the military authorities. When Andrew witnesses another civilian murder, he is threatened by Deeks and the "Kill Team," who give him a sample of how they can make his life a living hell if he tells anyone about their activities.

The Vietnam War produced many indiscriminate killings, civilian casualties, and war crimes. Perhaps the most notorious event was the My Lai Massacre, the killing of 500 Vietnamese, mostly village women and children, by American soldiers. Since then, through two wars in Iraq and the long war in Afghanistan, the American public has been forced to acknowledge that "collateral damage," the term used to describe the murders of civilians, is widespread. 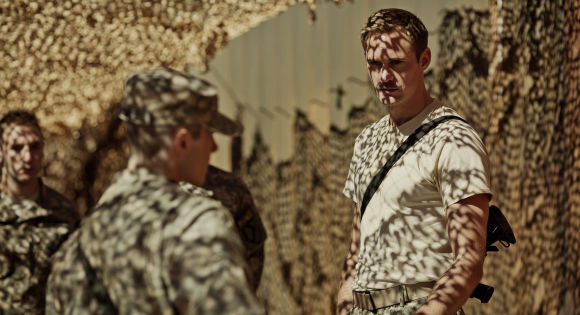 This value-laden film, directed and co-written by Dan Krauss, asks viewers to reflect upon why civilian casualties have become so common in war. Nowadays, when drones do a lot of the killing, the operator can feel distant from the consequences of an attack. But the title of the film offers another explanation. It's because of the team. In one scene, Briggman's friend Rayburn (Adam Long) describes how firing squads have a "conscience round":

"They used to execute spies by firing squad, Occasionally the shooters would freeze up and couldn't pull the trigger. So they came up with this idea that they would load one of the rifles with a blank — the conscience round. Now nobody knew which gun had the blank. Once you put that one blank into the mix, suddenly it's not 'I'm shooting this person.' It's 'We're shooting this person; it's all of us.' That's the key. It's the group. Once you figure that out, you can shoot anybody you want and never lose a wink of sleep."

The Kill Team is based on true events. Dan Krauss also helmed a 2013 documentary with the same name, which won the Best Documentary at the Tribeca Film Festival and the Truer than Fiction Independent Spirit Award; it is now available on several streaming channels. This story of a courageous whistleblower more than deserves two tellings.