Too Late to Die Young

Directed by Dominga Sotomayer
A coming-of-age and slice-of-life drama set in Chile.

Dominga Sotomayor has written and directed this unusual slice-of-life story set at end of 1990 in Chile when the dictatorship of Augusto Pinochet has just ended. Several families consisting mainly of artists and other creative persons travel with their children to a rundown vacation spot in the foothills of the Andes. For the kids, it is a time of freedom and fun — riding bikes, playing games, and swimming to escape the hot sun. For their parents, it is an unsettling time of transition as they wonder what the future holds for them and their loved ones. In one scene, they try to decide democratically whether to bring electrical power into the area and end up questioning who will pay and who gets to finalize the plan. 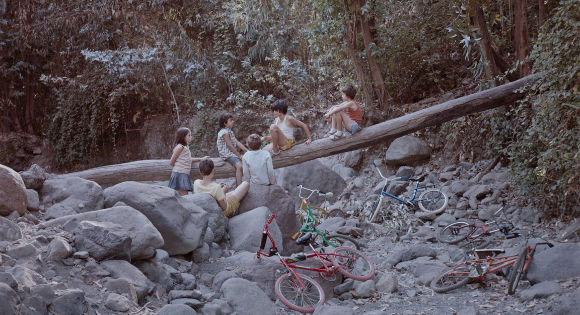 But instead of creating more metaphors about democracy in Chile, Sotomayor focuses the drama on the coming-of-age of three youth, choosing a universal theme rather than one specific to its era. Although other things happen during the few days covered in the film — a theft in one of the cabins, problems getting clean water, a fire, and marital disputes — the inner challenges of the young people speak to us with reminders of the loneliness, sadness, energy, and disappointments of this period of life.

Sixteen-year old Sofia (Demian Hernandez) is on the surface a tough cookie who when her father questions her smoking answers, "I'm a smoker. I'm already addicted. End of discussion." She toys with an older man with a motorcycle but mostly is looking forward to being reunited with her mother, an entertainer who is separated from her father. 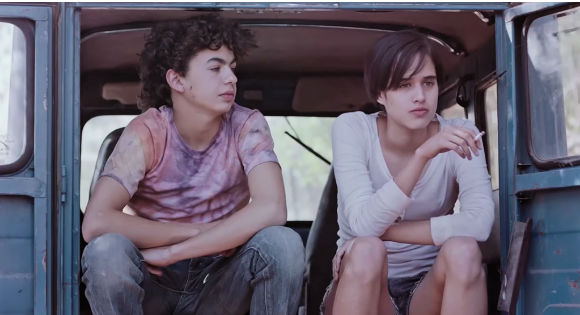 Lucas (Antar Machado) is a moody teenager who plays guitar and is in love with Sofia. Sensing that she is no longer interested in him, he is suffering the angst that comes with a break-up.

Last but not least is Clara (Magdalena Totoro), a preteen. She spends most of the story looking for her big dog Frida, who didn't come with them to the mountains. Her reconnection with her beloved pet is not what she expects, and this powerful incident closes the film on a sobering note. 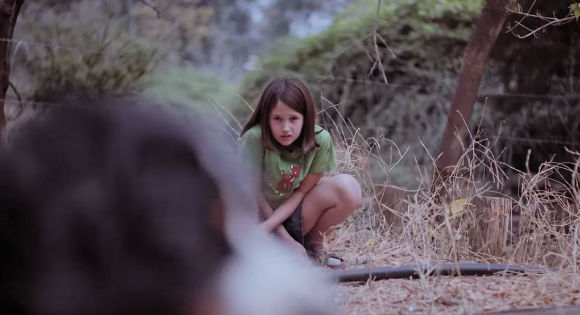 Watching the yearning and the questing of these young people, we were reminded of the poem "Passage" by Edward Searl in Coming of Age: A Treasury of Poems, Quotations, and Readings on Growing Up:

This is a magic time,
a mythic passage,
In your becoming.

We who welcome you,
None of us is too old
So as to have forgotten
— the mystery of not
knowing,
— the delight of first
discovery,
— the impatience to hurry
what will come next,
— the terrible wonderfulness
of the changes.

Don't forget.
We remember.
And with memory and hope
We welcome you,
Knowing what you may become
Is a bud
Bursting into a flower
Just now.